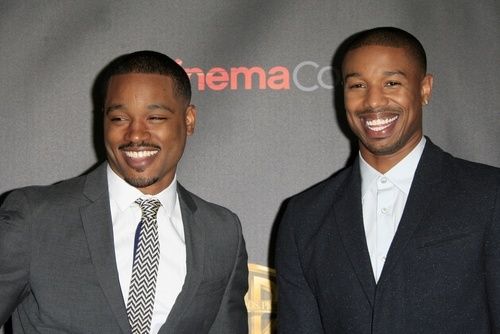 Ryan Coogler is quickly becoming the next generation of Hollywood's hottest directors. Fruitvale Station showed the world Coogler can create an all star movie with a small budget, and Creed showed Coogler can handle the pressure of recreating a sinking movie franchise with box office hit numbers. Related: ‘Hamilton’ Breaks Records with 16 Tony Award Nominations In a recent interview with Fast Company, Coogler discussed his next movie, Black Panther, and what he's interested in doing next. Coogler revealed that he wants to make Black Panther his own movie, despite Marvel's history of making every movie look a like. But, in order to make this movie possible Coogler says: “I think that’s a great creative challenge to me — to make this movie as personal as possible,” he told the magazine. “It’s going to be my most personal movie to date, which is crazy to say, but it’s completely the case.” Ryan Coogler also revealed that he's interested in adapting the hit broadway musical Hamilton into a movie. He said, “Talking with [Lin-Manuel Miranda>, whenever he decides to make it, it’s going to be so far down the road. It needs to live onstage, travel the country, and travel the world before they make it a movie.” Related: Attorney Slams ‘Hamilton’ Casting Call for “Non-White” Actors When Coogler was asked how he feels about all of these news projects and opportunities, Coogler responded by saying. “Things that appear to be challenges, I actually look at them as blessings,” he noted. “I’m not too far removed from making an independent film and not knowing if it’s gonna see the light of day.” What do you think? Share with us your thoughts in the comments below.
Previous articleDwayne Johnson to Star in 'Bourne' Spinoff
Next article10 TV Shows To Film in Chicago This Year