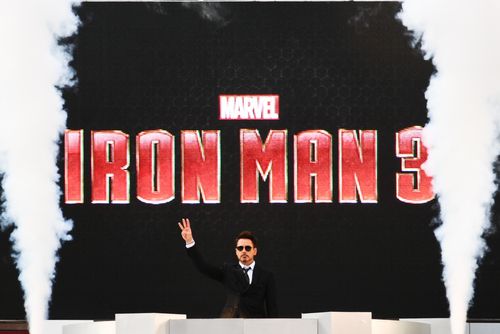 Robert Downey Jr. Reveals 'No Plans' for Another Iron Man Movie in the Near Future.

Other than working on the upcoming 'Avengers' movie, Robert Downey Jr. does not have any other movies lined up. However, the actor who is currently promoting his film, 'The Judge' at the Toronto Film Festival spoke with Variety and when it comes to a fourth Iron Man movie, there is apparently nothing in development:

There isn’t one in the pipe. No, there’s no plan for a fourth ‘Iron Man. It’s down to Kevin [Feige, Marvel Studios president> and Ike [Perlmutter, CEO of Marvel Entertainment] and Disney to come to us with what the proposal is, and that’s on us to agree or disagree. [Dox Cole]

Robert Downey Jr. signed a two-year deal with Disney to star in the Avengers sequel. But, Avengers: Age of Ultron, which just finished filming won't hit theaters until 2018. With so many other superhero movies already lined up, it may be another 5 to 10 years before we see Robert Downey Jr as Iron Man again. But, the actor should not be too upset. RDJ is the highest earning actor in all of Hollywood making $75 million last year.
Related:
Previous articleShowtime May Soon Be Available Without Cable
Next article5 Tips Actors Should be Using on their Business Cards