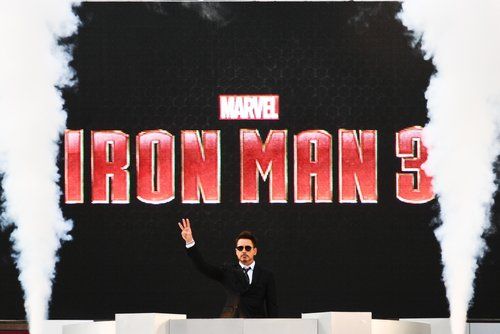 Robert Downey Jr. reveals the two types of scenes he hates acting in.

Robert Downey Jr. recently stopped by The Tonight Show Starring Jimmy Fallon, where he revealed a few details about his acting career. Before Downey discussed the scenes he hates shooting the most, he admitted a very personal secret to Fallon, saying, “My dirty little secret is I’m actually not all that good.” Related: Robert Downey Jr.: Iron Man Would Back Hillary Clinton As for scenes Downey hates acting in, he said the first is any time he has to open a door. “I hate opening doors,” said the actor. “Opening doors, pretending you’re surprised to see somebody that has been standing on the other side of the door.” He had Fallon act out opening a door and seeing a former girlfriend he thought had been killed, only to realize he would have to kill her. The other type of scene Downey hates is driving a car. He hates being directed to do things while he's driving, like checking the mirror, or noticing something he just passed. Related: Robert Downey Jr. is Coming to Atlanta to Film ‘Spider-Man: Homecoming’ So, if you were a director and you want to piss of RDJ make him a door-to-door salesman who drives thousands of miles selling vacuums. That will really piss him off. You can watch the video below.

Have an acting tip? Share with us your thoughts in the comments below.