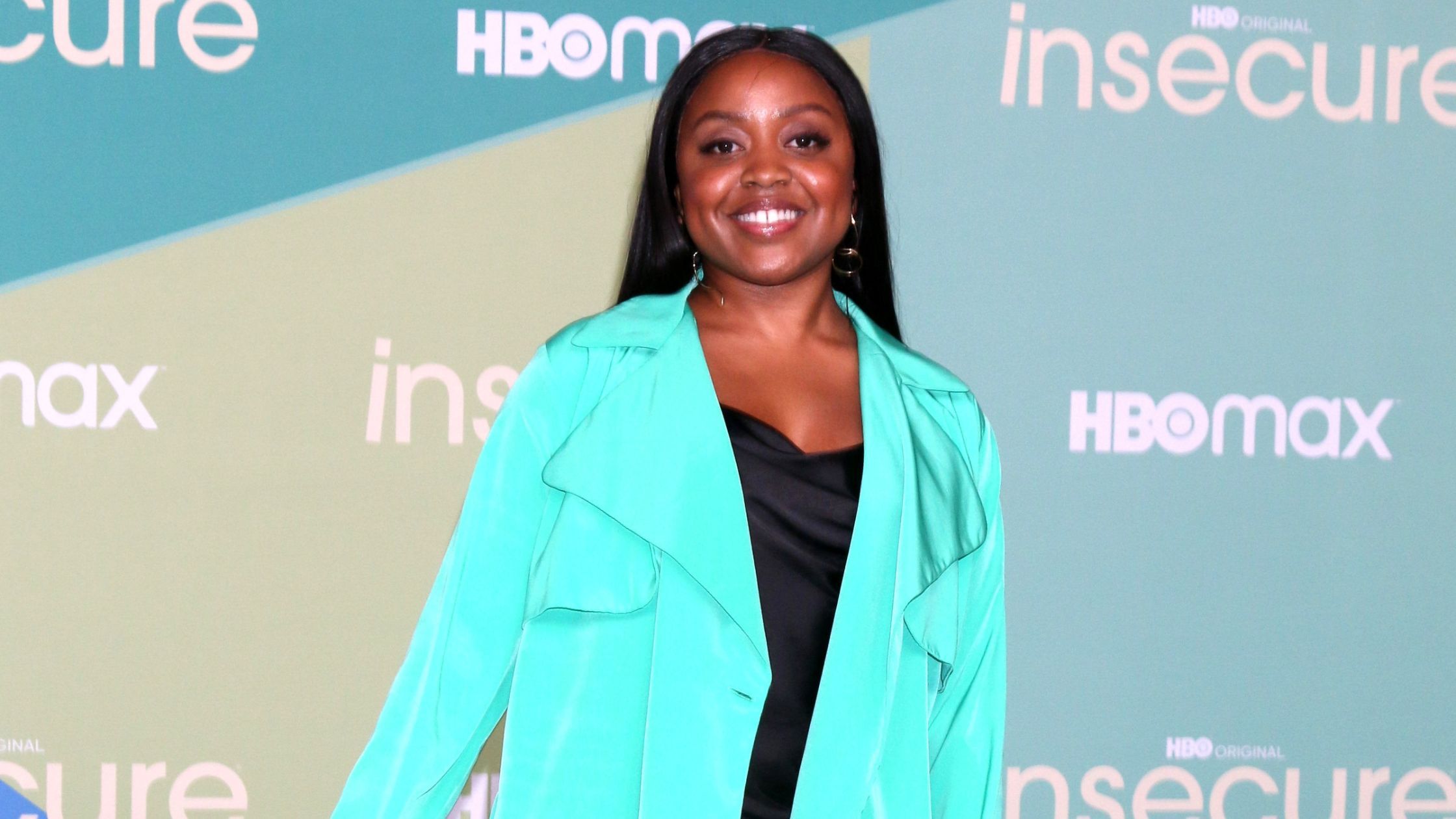 Despite Winning An Emmy, Quinta Brunson Is Continuing her Schooling At Abbott Elementary Because "It Requires An Extreme Amount Of Focus."

Even without the Emmy win, Quinta Brunson is still one of Hollywood's most sought-after rising stars. However, while multiple opportunities outside the Philadelphia school district might entice her to leave, her heart remains with Abbott Elementary.

Following her Emmy win, Brunson said she has "bigger or different risk" or "maybe venture into drama" to take on any new or different risks right now, per Variety. "I really wanna focus on Abbott, and I wanna keep making it a great show. And I think that requires an extreme amount of focus."

"Not only am I writing on this show, but I act on the show. I produce the show with my wonderful producers Justin [Halpern>, Patrick [Schumacker], and Randall [Einhorn] (who I forgot to thank on stage, my God, I feel so bad about that)," she continued. "But, it's really a four-headed beast, and I wanna be there to help make Abbott the best comedy it can be. Maybe one day I'll venture into other stuff, but I'm really just taking it one day at a time."

Weird Al's movie may feature her, but Abbott Elementary is now and always the top spot. This will probably come as good news to her co-stars, who have nothing but praise for the newly minted Emmy winner. "She deserves it," fellow Emmy winner Sheryl Lee Ralph told Variety, reiterated by Tyler James Williams: "To see everyone celebrating her the way we've always known her to be great, it's everything for me. I hope this never stops, I hope her reign continues. I'm so happy she got validated as a writer because she wrote a beautiful pilot, and she did that by herself. I'm over the moon that everyone else can see what we saw for years."

"I'm still not totally convinced that Quinta is of this world," Chris Perfetti said. "She's wearing so many hats at the same time, she's a brilliant scene partner, she's an unbelievable leader, and first and foremost, she's funnier than anybody I've ever met. … And it was really emotional to see her up there, it's, again, unbelievably well deserved, and I'm just very happy for her."

Meanwhile, Lisa Ann Walter praised Brunson as "the best boss in the business." adding, "For me personally, the writing award is the most important, it's most special. As a comic and a writer myself, that's the one that matters. And having read that beautiful script for the pilot that made me laugh and cry and say, 'This show is the one I wanna be part of, I would kill to be part of it,' she deserves it."