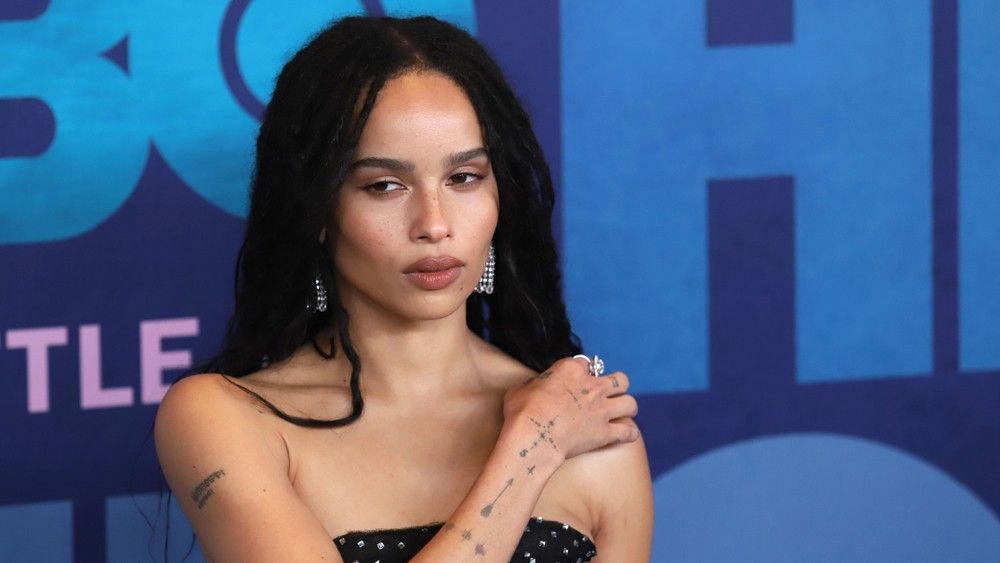 There's a lot we don't know about the highly anticipated film ‘Pussy Island,’ but there are some things that have been teased.

Zoë Kravitz announced her first full-length feature as a director on Instagram with an image of herself.

The film, ‘Pussy Island' will begin filming in 2023. The location is yet to be announced but according to Deadline, it begins production soon on an unknown tropical island. Maybe they can rub elbows with ‘The White Lotus’ cast?

Zoë Kravitz will be directing ‘Pussy Island,’ as her first full-length feature film. Hollywood beauty has described the upcoming project as "a genre thriller" and it's about gender identity in society today - how we're all rooted in different places but need each other to make this world worth living within.

The upcoming American thriller film is based on a script by Lena Dunham and Jenni Konner  and stars Kravitz, Naomi Ackie, and Channing Tatum

The plot follows a group of friends who visit a remote island where they find themselves at the mercy of a cult. This could be a very controversial film, but we're intrigued nonetheless. We'll have to wait until 2023 to find out.

Zoë Isabella Kravitz is an American actress and singer. She is the daughter of actor-musician Lenny Kravitz and actress Lisa Bonet.
Kravitz made her acting debut in the 2007 comedy-drama ' ‘No Reservations,” followed by supporting roles in ‘The Brave One’ (2007), ‘Beware the Gonzo’ (2010), and ‘After Earth’ (2013).

She achieved wider recognition for portraying Angel Salvadore in the 2011 superhero film ‘X-Men: First Class,’ and ‘Allegra Cole’ in the 2014 comedy-drama ‘The Divergent Series: Insurgent.’ Kravitz portrayed Christina Noble in the 2015 biographical drama ‘Mad Max: Fury Road,’ and Leta Lestrange in the 2016 fantasy film ‘Fantastic Beasts and Where to Find Them.’ She also had a recurring role as Bonnie Carlson on the HBO comedy-drama television series ‘Big Little Lies’ (2017–2019).

In 2018, Tatum was ranked as the ninth highest-grossing actor of the year by Forbes. His films have grossed over $3.9 billion worldwide.