Pokemon Go is the most popular app in the country beating Facebook.

Pokemon Go launched in the United States only seven days ago, but it quickly became more popular than Tinder and Twitter in a matter of a few hours. In fact, the game is already earning $1.6 million per day from iOs users, meaning that it will probably make $10 million per day from Android users in the next few weeks. Early signs have shown that Pokemon Go has more daily active users, with more users spending more time on the app daily than Twitter. According to the newest research data, it's officially not only more popular than Twitter, but Facebook as well. The average iOS user is now spending 33.4 minutes per day trying to catch Pokemon. Meanwhile, usage on Facebook is only 22.1 minutes, 18 minutes on Snapchat, 17.9 minutes on Twitter, and 15.3 minutes on Instagram. We have hit a new generation of gaming.

Because of all this popularity, McDonald's is reportedly trying to join in on this new craze. Pokemon Go developer Niantic has already admitted they’re looking into setting up “sponsored locations” for the game. In addition, Manu Gill, KcYoung, and NeoProfessorWillow spotted McDonald’s references in the game’s metadata, suggesting a sponsored location. NeoProfessorWillow told Gizmodo, “it looks like they’re going to hold a promo with McDonald’s which’ll turn them into all gyms.” 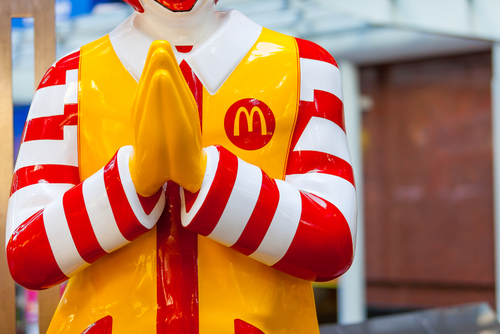 harper kt / Shutterstock.com Free WiFi and free Pokemon? Who could resist? Related: What do you think? Share with us your thoughts in the comments below.
Previous articleWant $1,000,000? Tyra Banks' New Show 'Funded' is Now Casting
Next article'Ghostbusters' Banned in China