HomeCelebritiesPeople Are Freaking Out About Brad Pitt and Angelina Jolie's Divorce 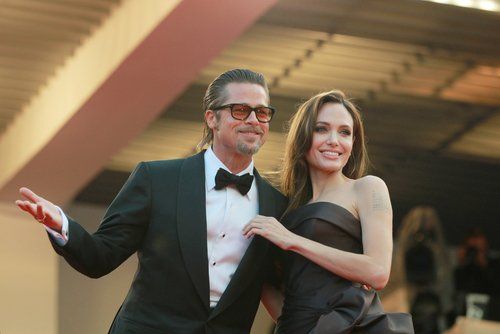 In case you haven't heard, Brad Pitt and Angelina Jolie are splitting up, an event that shocked the social media universe. Divorce is usually a sad ending to any marriage, but when it involves some of the most famous people in the world, it quickly becomes a media circus and nowadays even a meme.

Thousands of people posted on Twitter to imagine Jennifer Aniston's reaction to the divorce.

It's important to point out that Jennifer Aniston is married to The Leftovers star Justin Theroux. However, that may not last long according to reports.

Jennifer Aniston has been faced with rumors of an impending split and secret communication with her ex-husband, Brad Pitt.

In July, In Touch Weekly published a report, claiming that Pitt’s wife had “gone nuclear” after discovering he had gotten in touch with Jennifer Aniston after the death of her mother, Nancy Dow, earlier this summer. “It was their first moment in months without the kids or staff around,” a source told the magazine. “Angie thought a good one-on-one conversation would enable them to finally catch up on their lives. Then, Brad casually mentioned that he’d reached out to [Jennifer Aniston> to send his sympathy after her mom passed away in May. He didn’t think it was a big deal.” Jennifer Aniston and Brad Pitt first started dating in the late 90's. At this point in time, Aniston was at the height of her acting career starring on the hit TV series Friends and in 2000, they got married. However, their relationship came to an end in 2005 amid allegations of a Brad Pitt - Angelina Jolie affair. Ultimately, Pitt and Jolie stayed mum about their romance, but ultimately, just one month after Jennifer Aniston filed for divorce, they went public with an outing in Africa. Featureflash / Shutterstock.com Since Brad Pitt, Aniston has dated several actors including Vince Vaughn and singer John Mayer. But, in May of 2011, as they filmed Wanderlust, Jennifer Aniston and Justin Theroux fell in love, which ultimately led to a 2012 engagement and 2015 wedding. It's important to point out that just last month reports that suggested Jennifer Aniston and Angelina Jolie had been dumped by their husbands at the same time. “Not again! Jennifer Aniston faces more heartbreak as her second marriage crumbles,” read a headline of In Touch Weekly shared by Gossip Cop, who denied the report was true. According to the report, Jennifer Aniston “really laid into” Theroux after a disappointing one-year anniversary celebration, claiming, “She called him out for being a grump all week and for ruining what should have been a blissful time together.”

Brad Pitt has responded to the news that his wife Angelina Jolie has filed for divorce after two years.

“I am very saddened by this, but what matters most now is the well being of our kids,” the actor said in a statement to People. “I kindly ask the press to give them the space they deserve during this challenging time.”

According to TheWrap, Jolie listed their official date of separation as September 15, 2016 and cited irreconcilable differences" as the reasons for the split. She also requested sole physical custody of their six children, offering Pitt visitation rights and joint legal custody. Pitt officially adopted three of JOlie's children, while Jolie gave birth to three more children over the course of the 12 year relationship.

“Angelina Jolie Pitt has filed for dissolution of the marriage,” the actress’ rep told People. “This decision was made for the health of the family. She will not be commenting at this time, and asks that the family be given their privacy during this difficult time.”

Angelina Jolie and Brad Pitt most recently co-starred in the 2015 film By the Sea, which Angelina Jolie directed, about a couple in a struggling marriage.

What do you think? Discuss this story with fellow Project Casting fans on Facebook. On Twitter, follow us at @projectcasting.
Previous articleJim Carrey SLAMS Back at Lawsuit Over Ex's Death
Next articleNBC New Series 'Chicago Justice' Chicago Casting Call for a Gala Scene