HomeCelebritiesPaul Rudd Reveals Why He Bombed His Titanic Audition 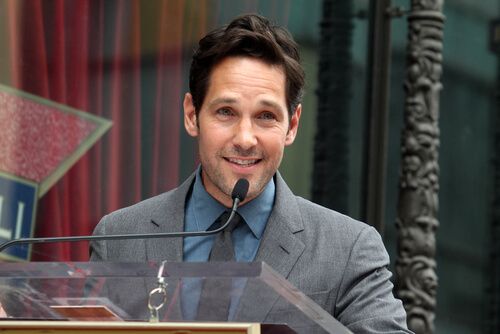 Did you know Paul Rudd auditioned for 'Titanic'?

Paul Rudd has revealed that he auditioned for Titanic but, spent his time speaking about the history of the ship instead of saying his lines. The Ant-Man star was in the running for the role of Jack Dawson, which was made famous by Leonardo DiCaprio in the 1990s movie. "I auditioned for Titanic," Rudd told James Corden. "I wanted to get the part because my dad was a Titanic historian. He used to go all over the world talking about the Titanic." Apparently, that's where his audition went wrong, Rudd said. "I went in there talking about what steel they used and where it was built and they were like, 'None of this matters'." Paul Rudd joked that he didn't mind not getting the part because "the guy that [they> got was pretty good." Watch Paul Rudd and Diane Lane recreate that infamous scene:
Previous articleHow To Not Get Blacklisted in Hollywood
Next article'Daredevil' Sucks? Fans Bash Season 2