OWN's Love Is is canceled.

According to Variety, OWN has canceled Love Is, the TV series from the Georgia-filmed series by the husband-and-wife team Salim Akil and Mara Brock Akil. The decision to cancel the series comes just weeks after Salim Akil was sued by an actress claiming the producer abused her during an extramarital affair. Variety reports that Warner Bros. Television, which produces the show has completed an investigation following the lawsuit and found no allegations of misconduct on the OWN series or Black Lightning, the CW superhero Atlanta-filmed drama that Salim Akil also executive produces. Production on Black Lightning has continued without interruptions, with Salim Akil remaining on the show working as a showrunner. It is essential to note OWN announced last July they had renewed Love Is for a second season. According to Variety, pre-production for the show had already started. However, the allegations against Salim Akil created a unique problem for the future of the show, which had been described as being based on the real-life relationship of Salim Akil and Mara Brock Akil. 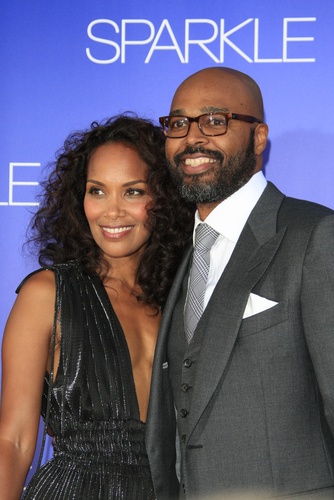 LOS ANGELES - AUG 16: Mara Brock Akil, Salim Akil at the Los Angeles Premiere of 'Sparkle' at Grauman's Chinese Theater on August 16, 2012 in Los Angeles, California - Image (Phil Stafford / Shutterstock.com) In November, Amber Dixon Brenner filed a lawsuit against Salim Akil alleging domestic violence and breach of contract. The lawsuit claims she and Akil were engaged in a romantic relationship where he was abusive both physically and sexually towards her. In the lawsuit, Dixon Brenner claimed she and Akil had a decade-long relationship that ended last year. The lawsuit accused Akil of being physically abusive and forcing her to perform sex acts. Variety reports one such alleged incident includes Akil urinating in her mouth. In another alleged incident, the lawsuit claims Akil took Dixon Brenner to a parking garage and forced her to lick one of its walls, and photographed her without her knowledge.

The series centers around the love story between a modern-day power couple. In the world of Black Hollywood, they navigate a complex set of social codes, and this series will explore it all, from the good to the bad and to the ‘90s when the love story began.

Michelle Weaver plays Nuri, a bubbly personality with big dreams who is struggling to make a name for herself as a sitcom staff writer while struggling an assortment of romances that only leave her party fulfilled. After she meets Yasir, himself unemployed and barely holding onto his dreams, Nuri changes all her opinions about what she expects from a man because she’s just found the one who is perfect for her.

Yasir is an aspiring writer-director who is down to his last two unemployment checks and lives (unhappily) with his on-again/off-again ex. But after meeting the stunning Nuri, Yasir finds a reason to alter his life and the drive to access his potential.

Related:
Previous articleJulianne Moore's 'The Glorias' is Now Casting Speaking Roles
Next articleLooking for a Job? ESPN is Now Hiring