HomeEntertainment NewsObsessed Fan Has Keira Knightley Scared for Her Life 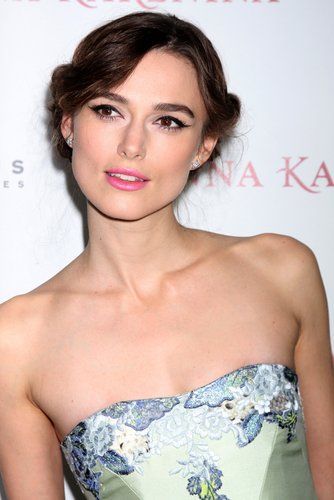 Actress Keira Knightley is completely terrified of the obsessed fan who proposed to her as she performed in her Broadway show's debut.

Especially, when he yelled out, “We’re going to be in heaven together,” according to a new report by the NYPost.com Following Keira Knightley's Broadway show debut for the play“Thérèse Raquin” at Studio 54 on the first night of previews, she filed a harassment complaint with the NYPD against Landon Rust, 29, on October 2nd. Keira Knightley was particularly frightened by the "heaven" comment, which prompted her to file the police report. From NYPost.com

“She was scared. She wanted to document the incident to start a paper trail in case this guy turns into a stalker,” said one law-enforcement source. “If he starts following her around and showing up where she is, then she can get an order of protection against him, but only with a paper trail,” the source added. Last Thursday, Rust stood up in the theater’s mezzanine section after Knightley had just started performing and professed his love for her before tossing a bouquet of roses on stage that landed near her feet, sources said.

Rust was later taken out of the theater in handcuffs, cited for disorderly conduct, and released. Keira Knightley began acting as a child and made her first film in 1995 where she had a supporting role as Sabe in Star Wars Episode I: The Phantom Menance and her first significant role came in the psychological horror film The Hole and Pirates of the Caribbean.

What do you think of Keira Knightley's comments? Do you think she should be afraid for her life? Share with us your thoughts in the comments below!
Previous articleRihanna: I Will Care About Chris Brown "Until the Day I Die"
Next articleGwyneth Paltrow Bashes Hollywood's Darkest Secret