HomeMovies7 Actors To Rumored to Replace Daniel Craig as 007

Here are the actors insiders believe will replace Daniel Craig as 007.

After four feature films as the world famous international spy James Bond aka 007, Daniel Craig is bringing his career as a spy to an end. And now casting directors, producers and studio executives are on the search to find another actor to replace Daniel Craig as James Bond. According to TheWrap, several British Actors are reportedly in talks with Eon Productions to become the Seventh Bond. 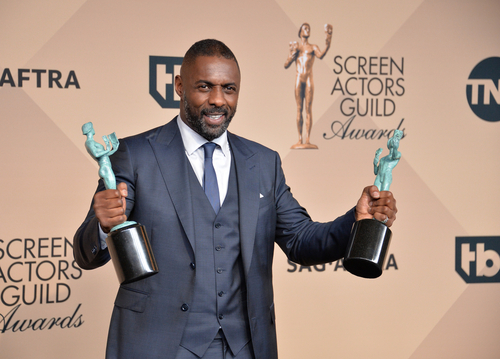 LOS ANGELES, CA - JANUARY 30, 2016: Idris Elba at the 22nd Annual Screen Actors Guild Awards at the Shrine Auditorium (Featureflash Photo Agency / Shutterstock.com) Idris Elba is one of the most popular actors from the UK. His roles range from Beasts of No Nation to Zootopia. His charisma would fit right into the role of James Bond.

Berlin, Germany - February 18, 2016 - Tom Hiddleston attends the 'The Night Manager' premiere during the 66th Berlinale International Film Festival (Denis Makarenko / Shutterstock.com) Tom Hiddleston was rumored to become the next actor to play James Bond. And after reports that the Taylor Swift relationship is just a ploy to build up attention around the British actor, Hiddleston may have a good shot.

BERLIN, GERMANY - FEBRUARY 06: Actor Damian Lewis attends the 'Queen of the Desert' press conference during the 65th Film Festival at Hyatt Hotel February 6, 2015 in Berlin, Germany. (magicinfoto / Shutterstock.com) If you ever watched Homeland or Billions, then you know Damian Lewis is an amazing actor. And while he's not as popular as Idris Elba or Hiddleston, he has made a name for himself on several popular TV shows.

Jamie Bell at premiere of "The Adventures of Tin Tin" at the 6th International Rome Film Festival. Oct 28, 2011, Rome, Italy Picture: Catchlight Media / Featureflash (Featureflash Photo Agency / Shutterstock.com) Jamie Bell is mostly known for the movie Snowpiercer and The Adventures of Tin Tin and is relatively the least popular actor on this list of Daniel Craig replacements. However, his young age, 30, would make James Bond more relatable to a younger audience.

LOS ANGELES, CA - DECEMBER 2, 2013: Aidan Turner at the Los Angeles premiere of his movie "The Hobbit: The Desolation of Smaug" at the Dolby Theatre, Hollywood. (Featureflash Photo Agency / Shutterstock.com) Aidan Turner is basically an unknown actor but, so was Sean Connery when he was picked to become the next James Bond. Turner is known for his performance as Captain Ross Poldark in the BBC series Poldark.

James Norton arriving for the First Light Movie Awards 2013 at the Odeon Leicester Square, London. 19/03/2013 Picture by: Steve Vas (Featureflash Photo Agency / Shutterstock.com) James Norton has gone on the record saying he's not interested in playing James Bond. But, his role in the British TV series Grantchester, where he priest who takes up an odd side job as a volunteer detective with the police, has quickly put him on the top of the list of actors to play 007. 1. Gillian Anderson Gillian Anderson at the 25th Annual Producers Guild Awards held at the Beverly Hilton Hotel in Los Angeles on January 19, 2014 in Los Angeles, California. (Tinseltown / Shutterstock.com) Gillian Anderson is probably one of the biggest long shots. But, fans have demanded to see Anderson play James Bond in the series. The X-Files star, who retweeted a picture of herself in a fan-made 007 poster, has not had any talks with Eon Productions for the "James Bond Role" However, there may be a chance of a small role for her in the new movie Related: Who do you think should play James Bond in the next movie? Share with us your thoughts in the comments below.
Previous articleHere's How Much Money Daniel Radcliffe Made From 'Harry Potter'
Next articleMatt Damon is "Totally Fine" with A New Actor Playing Jason Bourne