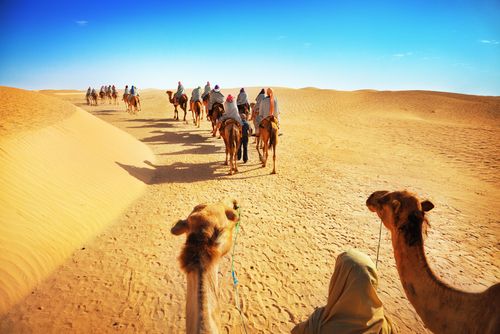 Morocco approves 20% cash credit for all movies filming in the North African country.

Days after the 15th annual Marrakech Film Festival, Morocco's parliament has approved a new 2016 Finance Law that will provide 20% cash rebate for all foreign feature films filming in the country. From Variety:

The final text will enter into force on March 31. The new Moroccan cashback mechanism offers a 20% cash rebate on all eligible spend in Morocco, provided that there is at least 10 million Moroccan dirham ($1 million) of eligible expenditure in Morocco and at least 18 days work – including set-building and/or the shoot. Given this, a production with only a six-day shoot but which also involves 12 days of set building can still qualify. General pre-production activity, such as location scouting, does not count for qualification.

Government officials have been pushing for this legislation since 2014. This new film credit is based on the 15% cash rebate scheme seen in South Africa. According to Variety, Morocco is one of the filmmakers' favorite foreign locations. Recently,  several feature films started production in Morocco including Mission: Impossible – Rogue Nation, Army of One, The Yellow Bird and The Fixer. Reports suggest that annual spending in Morocco will triple in the next few years. What do you think? Is this a good idea for Morocco? Share with us your thoughts in the comments below!
Previous articleHere's the Best Acting Advice Harrison Ford Gave the 'Star Wars' Cast
Next articleTyler Perry to Host Fox's 'The Passion' But, Will Fox Cast a Black Jesus?