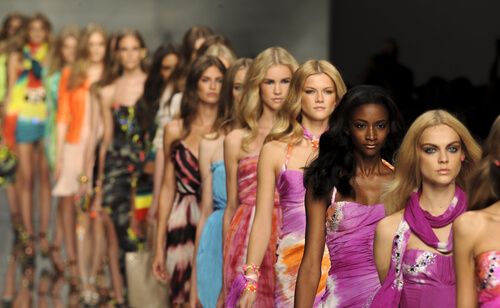 Is the modeling industry preying and taking advantage of young models?

CNNMoney's recent investigation, Runway Injustice, examines the fashion industry through the perspective of the models themselves and the results are pretty horrifying. Blake Ellis and Melanie Hicken recently examined the hidden secrets behind the modeling industry and how young women are exploited. For example, the investigation showed how young models were sexually harassed, had their paychecks stolen, and charged fees and expenses that stole money from their modeling jobs. And at the end of the day, there was no one there to ask for help.

"It's not an easy industry, you're not going to have a nice lush lifestyle," said Emily Fox, who started out as a model at age 16 and has appeared in Italian Vogue and walked on runways all over the world. Now 25 years old and still working in the industry, Fox says that most years she earns less than $20,000 before taxes. "You're going to really struggle and you'll be really poor."

According to the report, the fashion industry often takes advantage of models and due to a significant lack of regulation; And these abuses are completely legal.

"When you're a supermodel like Giselle or Christy Turlington you're treated like royalty, but 99% of models are treated like garbage," said Carolyn Kramer, a former agency executive who compared the industry's labor abuses to those faced by young factory workers at the turn of the century.

On top of being treated poorly, many models are working in an extremely competitive industry. As the CNNMoney investigation points out, models were more concerned with modeling agency practices than clients. Apparently, many working models earn barely enough money to survive and end up indebted to their modeling agency, which charges a 20% commission and expenses.

"Like in any industry, many models are not successful [due> to various issues, such as a lack of commitment, physical problems, or personality flaws," said MC2, a modeling company, which said that it generally discontinues representing any New York-based model that makes less than $150,000 annually. "Just as not every actor or musician will find commercial success, not every model will be successful."

The CNNMoney report also points out how much money fashion models are really paid - paid models earn $500 or less before commissions, taxes and expenses. While, other fashion designers compensate their models with nothing more than free clothes. That's because agencies don't classify models as employees, and as a result they can avoid minimum wage laws. And the amount of time spent at castings, test shoots and meetings with designers usually end up in no compensation at all.

But, many models are fighting back. Several top modeling agencies are fighting a lawsuit that challenges these labor practices that exploits young women in the fashion industry. "The suit, proposed as a class action, alleges that the firms have unfairly profited off their models by charging exorbitant fees and expenses, incorrectly classifying them as independent contractors and withholding wages, among other allegations." However, modeling management companies believe this is unfair arguing, "it doesn't make sense to evoke minimum wage and overtime laws for models who can bill hundreds or even of thousands a dollar day." But, there are good modeling agencies that work hard to protect their models. However, a few bad modeling agencies can create a bad reputation or ruin the image of the entire fashion industry. You can read the full and amazing report here. Via CNNMoney