HomeCelebritiesMila Kunis Bashes Sexism in Hollywood in an Open Letter 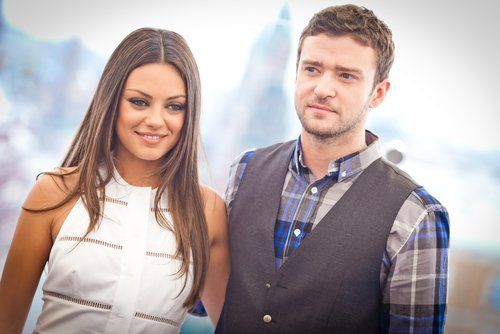 Mila Kunis reveals  how sexism in the film industry affected her and actresses.

Mila Kunis wrote a strong and powerful open letter in A Plus magazine explaining and detailing the sexism she has experienced in the entertainment industry. Mila Kunis went on to explain how she experienced sexism in the film industry. The first time, a producer threatened that she would "never work in this town again" if she did not pose nude on the cover a men's magazine to promote a feature film. "I was livid, I felt objectified, and for the first time in my career I said 'no,'" the actor explained. "And guess what? The world didn't end. The film made a lot of money and I did work in this town again, and again, and again. What this producer may never realize is that he spoke aloud the exact fear every woman feels when confronted with gender bias in the workplace." Kunis eventually created her own production company to pursue projects she enjoyed. But even then, Kunis had another experience when a producer sent an email referring to Kunis as Ashton Kutcher's "wife and baby momma!!!" "He reduced my value to nothing more than my relationship to a successful man and my ability to bear children. It ignored my (and my team's) significant creative and logistical contributions," she wrote. "We withdrew our involvement in the project." "If this is happening to me, it is happening more aggressively to women everywhere," Kunis continued in the letter. "I am fortunate that I have reached a place that I can stop compromising and stand my ground, without fearing how I will put food on my table. I am also fortunate that I have the platform to talk about this experience in the hope of bringing one more voice to the conversation so that women in the workplace feel a little less alone and more able to push back for themselves." Kunis ended her letter with a powerful statement. "I will work in this town again, but I will not work with you." Read the full letter here. What do you think? Discuss this story with fellow Project Casting fans on Facebook. On Twitter, follow us at @projectcasting.
Previous articleDrake is Reportedly Taking Taylor Swift on "Secretive" Dinners
Next articleDiretor Reveals What It's Really Like to Work with Nic Cage