Michael Douglas says British and Australian actors are "taking many of the best American roles".

Michael Douglas firmly believes that there's a "crisis" among young U.S. actors due to a sick obsession with image and social media. The 70-year-old actor says that an obsession with social media is having a damaging effect on the U.S.' acting youth of today. 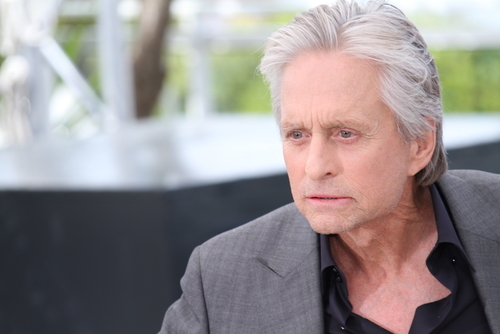 Denis Makarenko / Shutterstock.com "There’s a crisis in young American actors right now," he told The Independent newspaper. "Everyone’s much more image conscious than they are about actually playing the part." Michael Douglas argues that Instagram and Facebook has allowed for more international actors to gain a larger hold in the film industry, "Brits and Australians taking many of the best American roles" that would otherwise have gone to American actors. "Clearly, it breaks down on two fronts," he said. "In Britain they take their training seriously while in the States we’re going through a sort of social media image conscious thing rather than formal training. Many actors are getting caught up in this image thing which is going on to affect their range." Michael Douglas added that Australia had the upper hand when it came to masculinity among its male actors. "In the U.S. we have this relatively asexual or unisex area with sensitive young men and we don’t have many Channing Tatums or Chris Pratts, while the Aussies do. It’s a phenomenon." Michael Douglas has just finished working on 'Ant-Man' which filmed in Atlanta, Georgia and will be released by Marvel as their latest major motion picture.
Previous articleNationwide Commercial Casting Call for Kids with Special Talents in NYC
Next article[Watch] Johnny Depp Surprise Children's Hospital Patients As Captain Jack Sparrow