Here are the top 5 method actors in Hollywood!

Very Few actors are willing to follow the most rigorous acting methods. Even though this technique makes more credible performances, it demands the artist to get to an unimaginable level. This is why today we’ll present you the Top 5 Method Actors. Is method acting really that crazy? 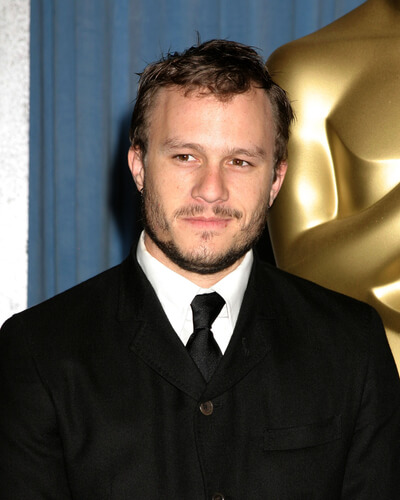 You’ve undoubtedly seen The Dark Knight more than once, either because you’re a part of the superhero films fever or because of Heath Ledger’s fantastic acting skills. You cannot deny that this man made one of the best performances of The Joker. Are you wondering how did get it? It was all thanks to the Method.

This man devoted himself entirely to prepare this character. In an interview, the actor confessed he locked himself several nights in a hotel practicing the character’s iconic voice and laugh. He was living in the mental world of a psychopath with a little conscious of his actions.

Moreover, in the famous scene in which Batman interrogates the Joker, Ledger asked Bale to punch him as strong as the superhero would beat the villain. The final result entirely worth it because he won an Oscar for Best Supporting Actor and many other awards.

Ceremony after ceremony, we all dreamt about seeing Leonardo Di Caprio going up to the stage and hold an Oscar of his own. However, it was his performance as Hugh Glass in The Revenant the one that made him win an academy award. You’ll be shocked to know the level of intensity this role demanded of Leo.

Considering the low temperatures that Leo had to feel during the filmmaking process in the Arctic, Canada, and Argentina, the team was also under tremendous pressure because they only had a couple of hours to shoot all the scenes. He mentioned that the recordings used to be a survival adventure.

However, the toughest moment he lived was the scene in which he had to eat a bison liver. The actor stepped his vegan and ecologist philosophy aside to make the scene look natural. The euphoria, animal instinct and waves of nausea this character showed were the same things DiCaprio felt at the moment.

In 1999 the cinema lovers watched Boys Don’t Cry for the first time, a real story based in the life of Brando Teena, a transsexual kid who was raped and murdered by his friends when they discovered he had female genitals. This is a cruel story that demanded passion and dedication from the actors. Hilary Swank was aware of that.

To get ready for this role, the actress spent a long season living and acting as if she were a boy. Her attitude was so real that her neighbors even believed the actress had a younger brother that used to visit her every day.

This film had several nominations to the most important award ceremonies in the world. In some of them, the film won thanks to Hilary Swank because she got the award as Best Actress. There’s also no doubt this was a box office success despite its low budget. Amazing, isn’t it?

The star of Transformers, Shia LaBeouf, has dedicated himself entirely to make his latest movie performances the more realistic possibility. Some of them would seem to be the result of total madness or sexual debauchery. When he was getting ready for the movie The Necessary Death of Charlie Countryman, the actor drank acid to understand the effects his character was living. Do you think Shia went too far? Just wait and listen to the rest of his story.

All of the sex scenes the actor did in Nymphomaniac were actually real. Many people wondered if this is legal. He defended himself from the press’ accusations arguing that he does not believe there’s something wrong with having sex. Of course, he would never be willing to make this kind of things if there’s not a script demanding it.

This movie brought him conflicts with Karolyn Pho, the girl who was his girlfriend at the time. She broke up with him when she found out what he did. However, the actor started a love relationship with his co-star in Nymphomaniac, Mia Goth. Do you think both actors enjoyed the scene?

Several artists have a kind spirit and professionalism when they act; Christian Bale is one of the best examples of this. His self-demand and passion in every movie make him a shining star in Hollywood. However, when we talk about drastic changes in physical appearance, he is the king.

In the year 2000, he had become a sex symbol thanks to the movie American Psycho. Despite this, in 2004, he demonstrated he was a versatile artist playing Trevor Reznik in The Machinist. By eating only a tuna can and an apple a day, Bale got to weigh 50 kg. He looked so emaciated that the producers forbid him to continue with this diet.

The most shocking part of all is that six months later, he got his muscles back to play Batman in Christopher Nolan’s project. And that’s not all, because he lost weight again for the movie The Fighter where he played the role of an ex-boxer addicted to cocaine. It is worthy to notice that this performance made him win an Oscar.

Related: What do you think? Discuss this story with fellow Project Casting fans on Facebook. On Twitter, follow us at @projectcasting.
Previous articleFacebook Watch's 'Queen America' Casting Call for Reporters
Next article'Wonder Woman 1984': How to Audition for a Speaking Role