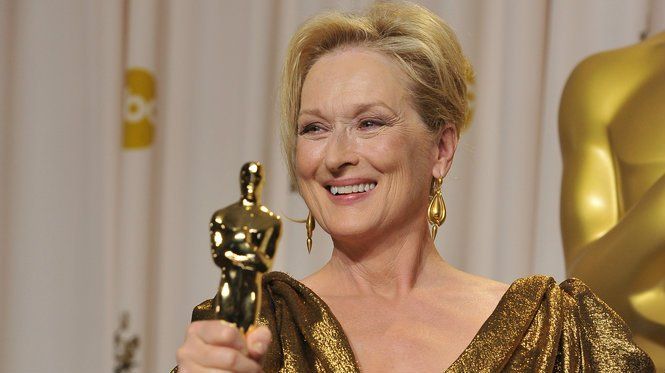 On Saturday night, Meryl Streep bashed Trump at a Manhattan gala for the Human Rights Campaign, a nonprofit that supports LGBT rights. “If we live through this precarious moment, if his catastrophic instinct to retaliate doesn’t lead us to nuclear winter, we will have much to thank our current leader for,” Streep said, according to the Hollywood Reporter. “He will have woken us up to how fragile freedom is. The whip of the executive, through a Twitter feed, can lash and intimidate, punish and humiliate, delegitimize the press and imagined enemies with spasmodic regularity and easily provoked predictability.” This was the fist time the Academy Award-winning actress had spoken so publicly about Donald Trump since the Golden Globes. Her remarks last month triggered many people to take to Twitter and bash the actor. Not to mention, Trump who called Streep, “one of the most over-rated actresses in Hollywood” and “a Hillary flunky who lost big.” On Saturday, Streep addressed Trump's tweets about her. “Yes, I am the most overrated, overdecorated and, currently, I am the most over-berated actress … of my generation,” she told the gala audience to laughter, according to the Associated Press. Streep added that she had become the target of attacks since her Golden Globes speech. “It’s terrifying to put the target on your forehead,” Streep said. “And it sets you up for all sorts of attacks and armies of brownshirts and bots and worse, and the only way you can do it is if you feel you have to. You have to! You don’t have an option. You have to.” After nearly 40 years in the film industry, Meryl Streep has been nominated for 30 Golden Globe Awards and 20 Academy Awards, which is more than any other actor. She has won multiple Emmys and Screen Actors Guild Awards. What do you think? Discuss this story with fellow Project Casting fans on Facebook. On Twitter, follow us at @projectcasting.
Previous articleMatch.com's 'The Walking Dead' Viewing Party is Finally Here!
Next article'The Walking Dead' Season 7: Creators Argue Violence Was NOT Toned Down