‘The Founder’ is based on the novel The Founder and will be directed by John Lee Hancock and star Michael Keaton. 'The Founder' will center around entrepreneur Ray Kroc, the founder of McDonald's.

McDonald's movie, 'The Founder' will film in Atlanta, Georgia this May.

According to reports, producers are ramping up production on the upcoming McDonalds movie starring Academy Award nominated actor, Michael Keaton (Birdman). 'The Founder' is based on the novel The Founder and will be directed by John Lee Hancock and will center around entrepreneur Ray Kroc, the founder of McDonalds. 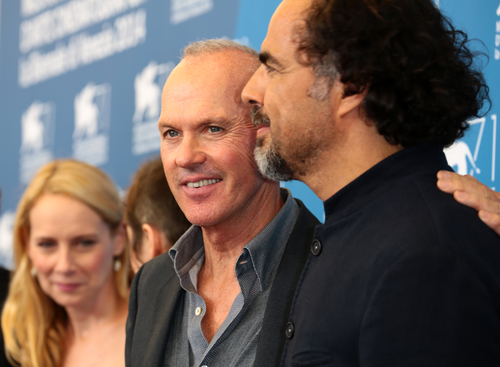 ChinellatoPhoto / Shutterstock.com 'The Founder' centers around how Kroc, a salesman from Illinois, met Mac and Dick McDonald, who were running a burger operation in 1950s Southern California. Kroc was impressed by the brothers’ speedy system of making the food and saw franchise potential. He maneuvered himself into a position to be able to pull the company from the brothers and create a billion-dollar empire. harper kt / Shutterstock.com According to reports, filming for 'The Founder' will take place in Atlanta by mid-May. From Stomp and Stammer:

Locations have been scouted for The Founder, a Michael Keaton vehicle about Ray Kroc and the rise of McDonald’s, with shooting expected to commence in Atlanta in mid-May. John Lee Hancock (Saving Mr. Banks, The Blind Side) is directing. Are they being paid in Big Macs and Happy Meals?