Mark Hamill had to diet to get the role of Luke Skywalker in Star Wars: The Force Awakens.

Following Carrie Fisher revelation that she was forced to lose weight for the role of Princess Leia in Star Wars: The Force Awakens, Mark Hamill revealed he was also pressured into dieting. As part of the cover story in the latest issue of Rolling Stone magazine, Mark Hamill also reveals that he changed his diet to get back into character of Luke Skywalker thirty years later. 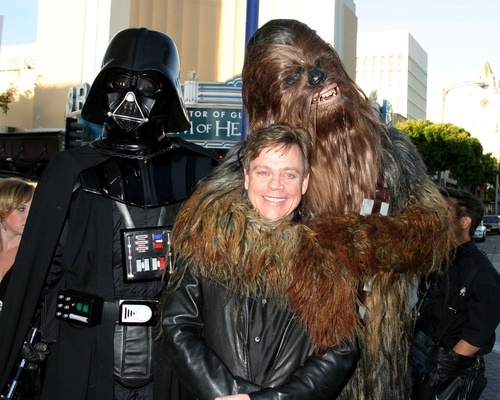 carrie-nelson / Shutterstock.com Even the writer points out that Luke Hamill "seems to have lost a good 50 pounds," the 64-year-old actor shared his current diet. "Look at what I'm eating now instead of potato chips and bagels," he said, showing what's described by the magazine as a fruit and vegetable plate and adding, "I'm on the 'if it tastes good, don't eat it' diet." But he's not looking to be praised for his new look, saying that "implies that I looked so dreadful before!" Mark Hamill also admitted that he was not sure about returning to Star Wars after so many years, saying that he initially hoped Harrison Ford would refuse to sign on as an excuse. "That's our escape clause," he joked. "You know, if I'm the only one, I'll look terrible — but if he doesn't do it, I don't have to do it."   Star Wars: The Force Awakens hits theaters on December 18th. What do you think? How much weight would you lose for a role in Star Wars: The Force Awakens?
Previous articleHere's the Disney Dating Website You Never Heard Of
Next articleABC's 'The Muppets' Ratings Hit a Series Low