Kevin Smith says 'Mallrats 2' is on the way.

After announcing that he will shoot the third and final film in the "Clerks" trilogy this May, Kevin Smith announced that he is also working on "Mallrats 2". “We shoot CLERKS III in May. HIT SOMEBODY shoots September to Christmas. Then in Feb 2016, we do MOOSE JAWS. But after that? I smell a rat…” he tweeted on Thursday. “It’s half scripted right now and we’re pulling our loot together,” he told Tucson’s Rock 102 KFMA on Friday. “We’ve got up until the beginning of 2016. By the time we get to May 2016, we’re going to be shooting.” 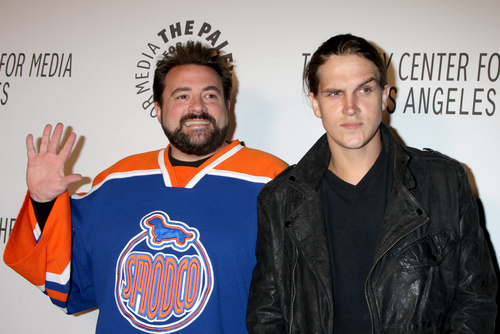 Helga Esteb / Shutterstock.com "Mallrats" finished filming 20 years ago this month and the movie featured Kevin Smith, Ben Affleck, Jason Lee, Shannen Doherty and Jeremy London. Like many of Kevin Smith's movies, "Mallrats" flopped at the box office, but has developed a cult following over time. “It kind of came out of nowhere,” Smith told the radio station about the “Mallrats” sequel. “Lately I’ve been doing this thing where I’m like ‘Do you want to do what’s good for your career or do you just want to have fun?’ Nobody’s clamoring for a ‘Mall Rats’ sequel, but I would love to make one. It’s been like 20 years.” 'Clerks 3' will be shooting in Philadelphia this spring. What do you think? Discuss this story with fellow Project Casting fans on Facebook. On Twitter, follow us at @projectcasting.
Previous article'Alvin and the Chipmunks: Road Chip' Casting Call for Extras to Work this Monday
Next articleCBS 'Rush Hour' TV Pilot Casts Chris Tucker's Replacement