HomeMoviesTyler Perry's 'A Madea Halloween' Will Film in Atlanta

Tyler Perry's A Madea Halloween will film in Atlanta, Georgia this January 2016.

Tyler Perry is back! After several hit TV shows on The OWN network, Tyler Perry is getting behind the camera once again to direct a new movie. This time, Tyler Perry is taking his iconic comedic character, Madea, to celebrate Halloween. According to Come Tour Georgia, Tyler Perry is going to film Madea Halloween in Atlanta, Georgia this January. And while details have not been released surrounding the plot and cast of Madea's Halloween expect the celebrities, jokes, and job opportunities to hit an all-time high in the ATL. 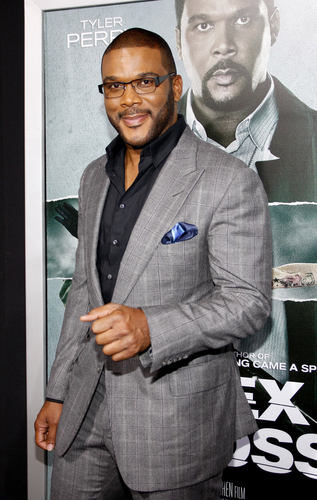 Tinseltown / Shutterstock.com Ever since Tyler Perry premiered The Diary of a Black Woman in theaters, Perry has been on fire. Audiences have lined up and around city blocks in order to see Tyler Perry's latest feature film. But, one character stands out from all of the rest and that is Tyler Perry's Madea. However, after losing a distribution deal with Lionsgate, Tyler Perry's movie career came to a stop. In fact, two years ago Lionsgate ended their deal with Tyler Perry's 34th Street Studios. The 34th Street production company was created in 2008 with the aim of producing and creating projects for Tyler Perry. But, since the company’s start very few films were produced under 34th Street excluding, For Colored Girls. A majority of his projects were produced through his Atlanta based Tyler Perry Company. Stay tuned for more casting calls and job opportunities.

What do you think of a Tyler Perry Madea Halloween movie? Share with us your thoughts in the comments below!