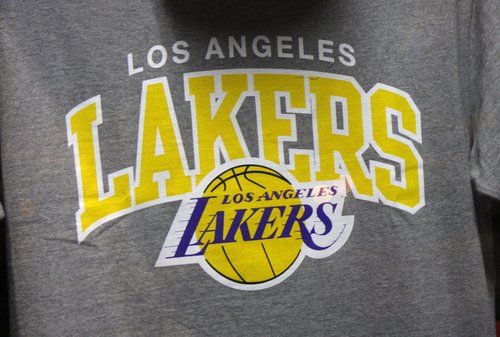 Time Warner Cable and the Los Angeles Lakers will be talking to lawyers soon due to a recent lawsuit for at least $1 million dollars, after a current employee filed a discrimination and harassment complaint. "The Lakers have treated Plaintiff differently and less favorably than his Anglo-American counterparts in terms of wages, hours and conditions of employment,” according to the Plaintiff, Fernando Gonzalez. Gonzalez is seeking “a money judgment representing compensatory damages including lost wages, earnings, income, and other employee benefits, and all other sums of money, together with interest on these amounts; for other special damages; and for general damages for mental pain and anguish and emotional distress.” Gonzalez claims that he faced poor employment conditions because of his "race, national origin and age," the 53 year-old Mexican American was an employee for the Lakers after 18 years. He cites years of discrimination. In a particular incident Gonzalez claims, executives chose younger men for a job despite having very little experience in basketball.

“Because the acts taken toward Plaintiff were carried out by managerial employees acting in a deliberate, cold, callous, cruel and intentional manner, in conscious disregard of Plaintiff’s rights and in order to injure and damage him, Plaintiff requests that punitive damages be levied against Defendants and each of them, in sums in excess of the jurisdictional minimum of this court.”

In another incident, Gonzalez claims that in 2012 the team "retaliated" against him "for complaining about discrimination" by giving him a new contract that decreased the amount of days he would work for the year, thus cutting his paycheck in half. Time Warner Cable promised to give him more job opportunities but, the Los Angeles Lakers prevented him from pursuing these opportunities. Ultimately, the Plaintiff continued to lose employment opportunities as his new contract in 2013-2014 further decreased his paycheck. He reports that he lost income of approximately $30,000 annually. What do you think of this lawsuit? Do you think Gonzalez really faced discrimination? Do you think this is just a normal part of the entertainment industry and Gonzalez should just move on and find a new job? Have you faced discrimination before? What would you do if you were discriminated against? Share with us your thoughts in the comments below! Discuss this story with fellowProject Casting fans on Facebook. On Twitter, follow us at @projectcasting. [Photo Credit Shutterstock>
Previous articleWatch 50 Cent Throw the Worst First Pitch Ever [VIDEO]
Next article'My Big Fat Greek Wedding 2' is Coming Soon to Theaters