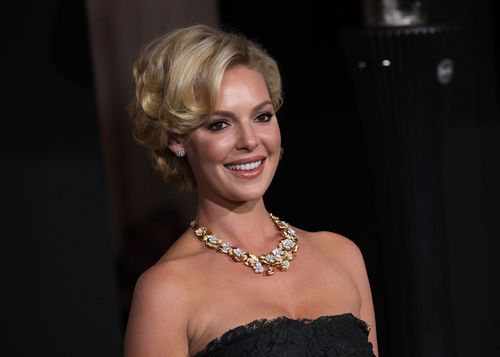 The Emmy award winning actress gained popularity after working on the Shonda Rhimes medical drama "Grey's Anatomy". But, four years ago she walked away from the hit TV series. Katherine Heigl admits that she was "messed up" at the time during her departure. According to TheWrap, the actress says she was focusing too much on work and not on herself. “I felt like my priorities were messed up,” Heigl, who has two adopted daughters with her husband Josh Kelley, told Good Housekeeping. “I was putting so much time and energy into just my work, but I was raised [to believe> that family comes first.” s_bukley / Shutterstock.com “I would come home angry and frustrated that I'd missed everything with my kid that day,” she continued. “I didn't get to wake her up from her nap, or do bath time or bedtime. I'd have to sneak into her room and kiss her when she was sleeping, hoping not to wake her up Katherine Heigl may not have had the perfect career after leaving the hit tv series. According to reports, Katherine Heigl blames it on focusing on too many romantic comedy movies. Heigl is currently filming her new NBC drama "State of Affairs" where she stars as a CIA agent. Discuss this story with fellow Project Casting fans on Facebook. On Twitter, follow us at @projectcasting.
Previous articleABC 'Secrets and Lies' Casting Call for a TON of Roles in Wilmington, North Carolina
Next articleThe Uncensored Ending to 'The Walking Dead' Season 4 is Amazing [VIDEO]