HomeEntertainment NewsKanye West is Running for President in 2020 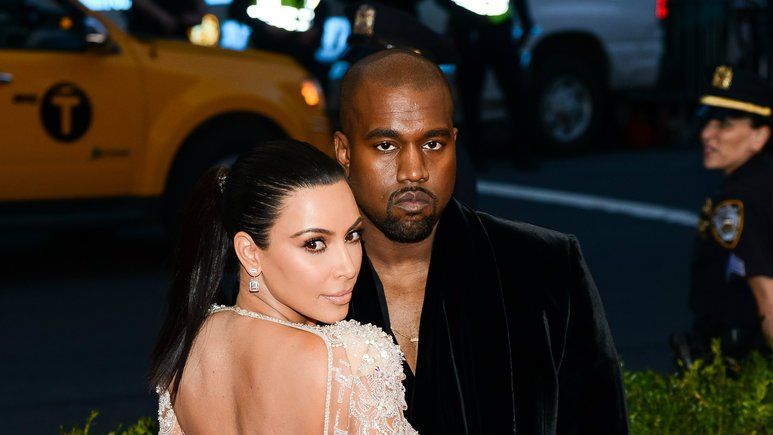 Taylor Swift presented the Michael Jackson Video Vanguard Award to Kanye West during Sunday's MTV Video Music Awards at the Microsoft Theater in Los Angeles - and the rapper announced that he will eventually run for president of the United States. "I have decided in 2020 to run for president," West rocked audiences at the end of his speech. When Kanye West first took the stage, he embraced the standing ovation from the audience before beginning his speech. "Thank you, Taylor, for being so gracious and giving me the award this evening," West said.

"I often think back to the first day I met you also," he said with a smile, while Swift and wife Kim Kardashian embraced, looking up at the rapper. Taylor Swift introduced him by referencing the time Kanye West interrupted her 2009 MTV VMA acceptance speech. "It seemed like everyone knew about our infamous encounter at the VMAs," she said, and quipped, "I'm really happy for you and imma let you finish." During her 2009 speech, West said to Swift, "Yo Taylor, I'm really happy for you and imma let you finish, but Beyonce had one of the best videos of all time." Kanye West covered a wide range of topics during his acceptance speech, which included an apology for his past behavior at awards shows: "The contradiction is I do fight for artists, but in that fight I was somehow disrespectful to artists. I didn't know how to say the right thing, the perfect thing," West said.

"I will die for the art, for what I believe in, and art ain't always going to be polite," West continued. "We gotta teach our kids that they can be something. That they can stand up for themselves. If my grandfather was here, he would not let me back down." The Kardashians took to Twitter to show their support of Kanye West.

Some people even decided to poke fun.

The Vanguard Award recognizes musicians who have made a strong impact on MTV culture, while also honoring their work. Past recipients of the award include Justin Timberlake, Beyonce, Britney Spears, U2 and Red Hot Chili Peppers. Miley Cyrus hosted the 2015 awards, with featured performances from Justin Bieber, The Weeknd, Tori Kelly, Macklemore and Ryan Lewis, Pharrell, Nicki Minaj and Twenty One Pilots With A$AP Rocky.
Previous articleHulk Hogan Says the N-Word Has a "Double Standard"
Next article#RIPWesCraven: Hollywood Reacts to Wes Craven's Death