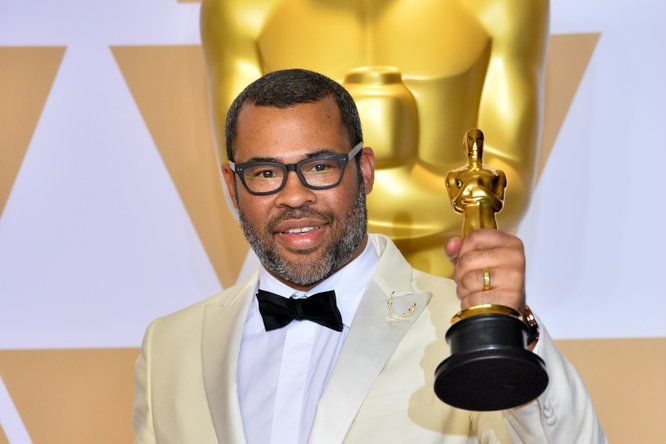 Jordan Peele Thinks 'NOPE' Is a "Larger Adventure" Than His Preceding Movies. The horror spectacular debuts this July.

Jordan Peele has spoken about his upcoming film NOPE, describing it as a "much bigger adventure" than Us and Get Out.

A new video clip includes several behind-the-scenes footages from Peele, his crew, and the cast while they were working on NOPE. "I tried to write a script I didn't know how to pull off and then assembled a team to help me pull it off. Every single department is firing off these huge, big swings," the filmmaker shared. "My films are always personal. I think it stands apart from my other films in that it's a bigger adventure than I've ever tried to tell."

The two-minute clip also praises the director's vision, style, and process, with cast member Daniel Kaluuya praising Peele's "has really grown as a filmmaker. It's just a different style of filmmaking that he's doing." Co-star Keke Palmer added, "Jordan has a very specific vision, but he also is an amazing collaborator. He always creates a space for all of us."

David Kim, Winston Duke, Sterling K. Brown, and Steven Yeun are among the cast members of NOPE. Michael Wincott and Brandon Perea will star "as residents in a lonely gulch of inland California who bear witness to an uncanny and chilling discovery," according to the plot description. Peele is credited as a writer and director on the project, with Ian Cooper serving as a producer.

NOPE will debut in theaters on July 23.