HomeEntertainment NewsJon Bernthal on His Acting Process in 'King Richard' 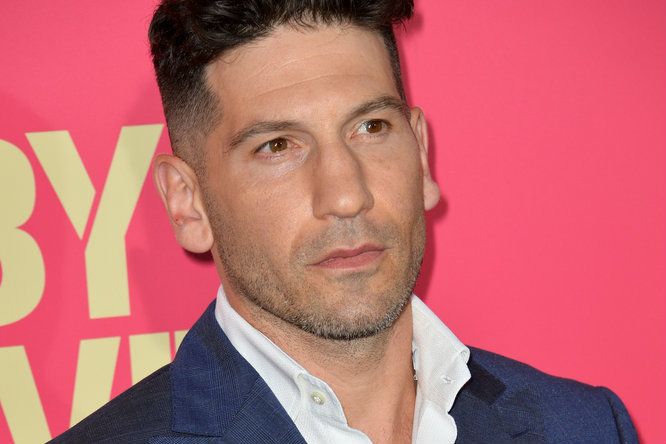 Despite his prominence as The Punisher in the Marvel Cinematic Universe, Bernthal has worked in various well-known films and television series, including We, Own This City and 2021's King Richard, the biopic about Richard Williams, the father of tennis greats Venus and Serena Williams.

In King Richard, Bernthal portrays Rick Macci, who assisted Williams's sisters in their early days as athletes. He spoke to Slash Film about playing Macci and shared his views on what he learns from the people he plays on-screen.

Jon Bernthal said that he gained some good acting advice from Macci's ideas:

"Not only did I find them applicable, I mean, it was such a beautiful set because there was so much fluidity. I find the best filmmakers are the ones that are the most comfortable with going off track and exploring and improvisation and trying to make things electric and nuanced. And there were things that I threw in. I remember, it ultimately wasn't in the film, but the first time he went and saw Serena and Venus play in the movie in Compton, a train went right by where they were playing. And later when they were in the room, and he was trying to make his case on why you should come down to Florida and train with him, I improvised from the book and from sort of a Macci-ism, and I said, 'When you guys were playing, that train went by. And if I were to ask you what color was that train? I bet what you would say is, 'What train?' Because you were so focused on the game and your mental game was so sharp.'

"And something that he talked about all the time, that if something is a distraction, how that can completely get you out of your game. You got to have, what you're talking about, this inner ability to forget, to block things out, to play little games with yourself. I'm not going to listen to that. The game is so high level. Everybody's good, but who has got that mental edge? I love the gamesmanship of that, and I love learning that. And then putting it to practice in my own tennis training that I did for the film."

Another aspect of Bernthal's success is his ability to keep the audience guessing. For example, he says that learning new skills as he plays different roles is one of his favorite parts of acting. He continues, "I mean, everything from the training I've done with special forces for military stuff to the other stuff I've done. I mean, I trained in mathematics when I played this math genius in this play I did. There are so many things. The show that I'm doing now, the driving, the stunt driving that I get to do. […> So they let me train sometimes three to six hours a day at the old tennis academy in my little hometown with the best trainers. And when you have professional training that long with guys that focus on getting you good, it's amazing how much you can grow when you have the time and the infrastructure to do it."

That is one of the most exciting aspects of acting for Bernthal, who sees it as a journey into himself. He says, "There are great kernels of wisdom to pick up from all these different characters you play. Look, I learned a lot of appreciation and a lot of hard lessons from playing Frank Castle for a long time. And equally so, I think I learned from Rick Macci in terms of how I want to be with my family and his positive outlook on life."

For Bernthal, the size of a role isn't as important to him as the depth of the person he is playing. He says, "I don't look at my commitment, or look at my journey really any difference whether I'm in one scene or whether I'm in the entire film. I really don't. Some of the favorite projects I've gotten to work on are things like Wind River or Sicario, where I just kind of like breeze in and breeze out. The more you live in it, and the more you sort of burn that character into your heart, I think. I love watching movies when I see a character kind of roll through. And then you think like, 'I wonder where that person's going? What's their life like? I believe that that person's been through some stuff.' Or like, 'I wonder …' I love that. I loved that growing up as a film fan. To get the opportunity to play those kinds of characters is awesome."

Previous articleBen Stiller Meets with Ukrainian President
Next articleJames McAvoy On His Next BBC Movie: "It's completely selfish and personal"