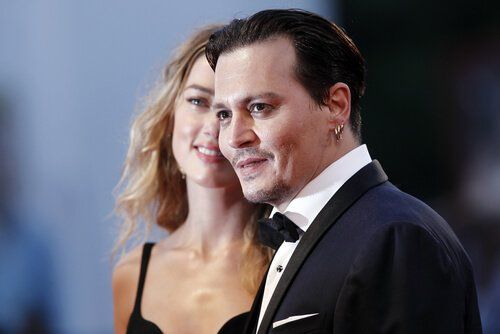 Johnny Depp allegedly tried to smother Amber Heard with a pillow, according to an interview with The Post on Tuesday. Amber Heard texted the woman during the alleged attack last December, and the concerned friend rushed to Johnny Depp and Amber Heard's Los Angeles home, where she claims she found Amber Heard bruised and shaken up. “I got to her apartment to find her with a cut and bruised lip, a swollen eye and a chunk of hair missing from the top of her head,” the friend explained. “This incident really stuck with me because she confided in me that day that she feared for her life after an intoxicated Johnny tried to suffocate her with a pillow.” Amber Heard's friend explains that this was not the only time Johnny Depp put his hands on her. “I have personally witnessed the aftermath of Johnny Depp’s violent and abusive behavior towards her on many occasions,”she recalled.

“I have personally witnessed the aftermath of Johnny Depp’s violent and abusive behavior towards her on many occasions.”

Johnny Depp's relationship with Amber Heard all started after the two met on set of The Rum Diary, seven years ago. At the time Johnny Depp was seeing Vanessa Paradis and Amber Heard, who is an open bisexual, was seeing photographer Tasya Van Ree. But, in 2012, Depp and Paradis announced they were seperating, and it wasn't long after that Johnny Depp started seeing Amber Heard. “She’s a wonderful girl,” Depp said on the “Today” show in April 2014. “She’s sharp as a tack, a Southern belle and sweet as can be, and very good for me.” It's sad to see such a wonderful romance go down in flames. Via Page Six What do you think? Share with us your thoughts in the comments below.
Previous articleAmber Heard's Text Messages Reveal Alleged Johnny Depp Abuse
Next articleWarner Bros. is Looking for Aspiring Directors