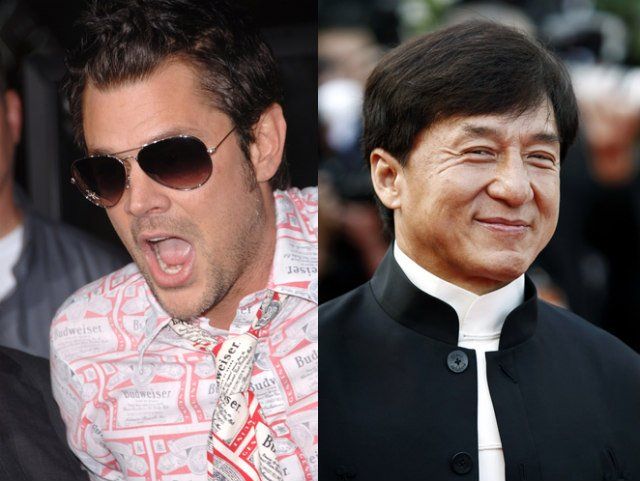 Johnny Knoxville is teaming up with Jackie Chan in the upcoming feature film 'Skiptrace'.

Johnny Knoxville is teaming up with Jackie Chan in the upcoming feature film 'Skiptrace'.

According to reports, Johnny Knoxville has been set to star alongside Jackie Chan in the upcoming Skiptrace, a new movie that just started filming in China. The movie was to feature Seann William Scott but it looks as though Knoxville has replaced Scott for the supporting role, according to Deadline.

Last I wrote about this, Chan was going to star opposite Seann William Scott and X-Men: Days Of Future Past‘s Fan Bingbing in the tale of a Hong Kong detective (Chan) who teams up with a mouthy American gambler (Scott) to save his niece and take down the city’s most notorious criminal. Bingbing is in, but Scott exited and Knoxville has stepped up to play that role. The tone of the movie is Midnight Run. [via>

'Skiptrace' centers on a Hong Kong detective who teams up with an American gambler to save his niece and take down the city's most notorious criminal. Johnny Knoxville's last movie was Jackass Presents: Bad Grandpa and it was a smash hit. He was also featured in Teenage Mutant Ninja Turtle as the voice of Leonardo. Related:

Do not apply, if you are not local or if you do not fit the description.