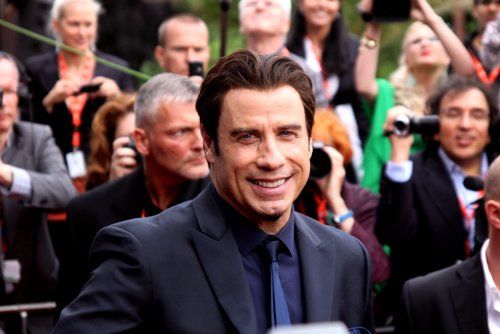 John Travolta is starting 2019 with a new hairstyle

The Grease actor, 64, shared a photo of himself alongside his daughter Ellie Bleu on social media, revealing he has shared his head.

Travolta captioned the picture of him and his daughter in the new year saying, “I hope everyone had a great New Year!”

While it is unclear whether Travolta is preparing for a role, it is clear his fans love his new look.


I hope everyone had a great New Year!

“I gotta say #JohnTravolta looks great as a bald dude,” one user tweeted.

“John Travolta is now bald and he definitely pulls it off…. ” while a different person tweeted.

This is not the first time Travolta transformed his look for a movie role. The actor changed his appearance to play Robert Shapiro in Ryan Murphy’s American Crime Story: The People v. O.J. Simpson.

Inspired by classic film Noir the “The Poison Rose”, stars Carson Phillips, an ex-football star turned PI, who’s got a soft spot for a lady in distress. Like the classic tales spun by the masters, he takes on a routine missing person case which slowly reveals itself to be a complex interwoven web of crimes, suspects, and dead bodies. When he discovers his long-lost daughter, is the number one suspect, he races a ticking clock to save her, solve the murders, and uncover the town’s dirty secrets.

Last year, one Project Casting Group member revealed John Travolta sent a special message to someone working on the set of Poison Rose.  "My daughter Marissa has spent the last month working on set in Savannah on The Poison Rose. She was sick yesterday and couldn’t make it to the last day of filming. Check out this amazing shout out she got from John Travolta!???" Related:
Previous article50 Cent's 'BMF: Black Mafia Family' is Now Casting New Talent!
Next articleHere's What the 'Bird Box' Monsters Were Supposed to Look Like