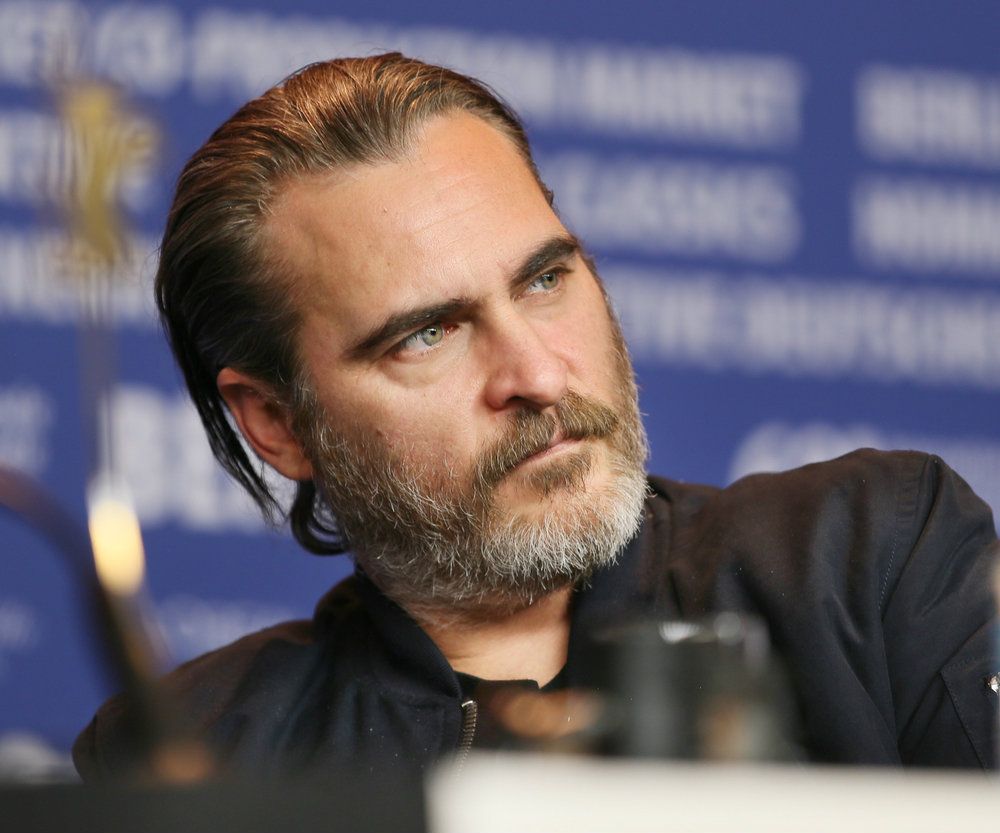 Joaquin Phoenix is seen at the 'Don't Worry, He Won't Get Far on Foot' press conference during the 68th Film Festival Berlin at Hyatt Hotel on February 20, 2018 in Berlin, Germany. (Denis Makarenko / Shutterstock.com)

Dubbed as a “camera test,” the preview shows Phoenix prior to the makeover with scary music playing int he background. As the camera zooms in you will see clips of Joaquin embracing the sadistic character. The clip ends with the Joker in full face paint over his smile.

Take a look at the preview below and let us know where the next Joker character will rank amongst other famed actors to play the role. In related news, casting directors were recently casting background actors to appear in the movie as it films in New York City.

Meanwhile, TMZ revealed a video of Joaquin Phoenix mirroring the classic look of Jack Nicholson and Heath Ledger’s previous interpretations of the character. Phoenix’s Joker has unkempt green hair and heavy make-up, although his purple suit has been switched for a more of a brown and orange fashion combination.

Phoenix is seen walking out of a crowded subway car much to the terror of train passengers. While details of the movie are being kept under wraps, a few fans have speculated that Batman’s nemesis will run for office in the movie. In the clip, some people in the subway are wearing clown masks and holding signs that read “Clown 4 Mayor.”

Check out the video below:

What do you think? Discuss this story with fellow Project Casting fans on Facebook. On Twitter, follow us at @projectcasting.
Previous article'Stranger Things' Season 3 is Still Casting New Talent
Next articleChris Hemsworth, Tessa Thompson Spotted in Atlanta for 'Avengers 4'