Even though it's only been a few days since the Kanye West rant against Wiz Khalifa and Amber Rose turned into a media tweetstorm and later backfired in Kanye West's face, Jerry Springer wants to bring all three parties onto his talk show to work through their issues. 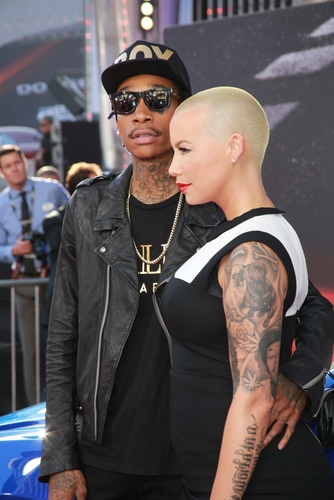 s_bukley / Shutterstock.com   "Hey @kanyewest, @wizkhalifa and @DaRealAmberRose, don't fight! I think you should settle this on my show," the 71-year-old talk show host tweeted on Thursday.

Hey @kanyewest, @wizkhalifa and @DaRealAmberRose, don't fight! I think you should settle this on my show.

This may not be a great idea, but it would definitely pay-per-view event. s_bukley / Shutterstock.com Neither of the three have responded to Jerry Springer's request, and I doubt that they will. Wiz barely addressed the feud, and Kanye deleted his tweets and replaced them with more positive ones. Amber Rose, however, explained her Kanye diss would have never happened if he would have not started talking about her child. Everett Collection / Shutterstock.com "Listen, don't talk about my kid. That's all I got to say," she explained on the Allegedly With Theo Von & Matthew Cole Weiss podcast. "I wouldn't have said anything if it was just between him and Wiz. That's two grown men hashing it out. I would've kept it cute and just minded my business. You don't bring in my baby. That's so corny."