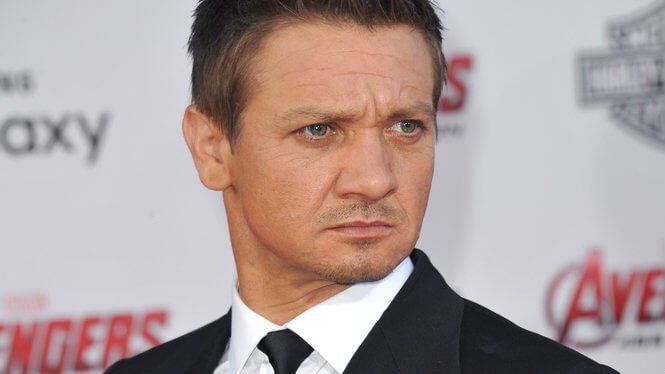 After a snow plowing accident, Jeremy Renner is in "critical but stable" condition.

After being involved in a weather-related incident near Reno, Nevada, Jeremy Renner's condition is currently "critical but stable."

"We can confirm Jeremy is in critical but stable condition with injuries suffered after experiencing a weather-related accident while plowing snow earlier today," Renner's rep confirmed with Variety. "His family is with him, and he is receiving excellent care."

At approximately 9 a.m. on Sunday, the Washoe County Sheriff's Office confirmed that officers were dispatched to Mt. Rose Highway in Reno for an urgent call regarding a traumatic injury incident.

"Upon arrival, Deputies coordinated with Truckee Meadows Fire Protection District and REMSA Health to arrange for medical transport of Mr. Jeremy Renner via care flight to a local area hospital. Mr. Renner was the only involved party in the incident."

There's no denying the talent and charisma of actor Jeremy Renner. Renner has made a name for himself in Hollywood with iconic roles in films such as Avengers: Endgame, The Hurt Locker, Wind River, and Arrival. In addition to his film credits, he has also been featured in television shows such as NCIS: Los Angeles and is an outspoken advocate for global causes. With his rugged good looks and natural talent for the craft, it's no surprise that Renner is one of the industry's most sought after stars! Whether you know him from his action-packed roles or appreciate his humanitarian work, Jeremy Renner is surely a force to be reckoned with in Hollywood today. We hope Renner gets well soon.

Hugh Jackman dropped a major clue on the plot for 'Deadpool 3' - Here's what we know. In his recent interview with SiriusXM's Radio Andy, Hugh Jackman excitedly...