Jennifer Lawrence is making a TON of money as she is Hollywood's highest grossing actor.

It has been a big year for Jennifer Lawrence. She won a Golden Globe for American Hustle, she had two major hit box office movies, and she landed on the Billboard charts with the song "Hanging Tree". In addition, Jennifer Lawrence is the top grossing actor in Hollywood for 2014. Read more: Liam Hemsworth: ‘Really Awkward’ Kissing Jennifer Lawrence 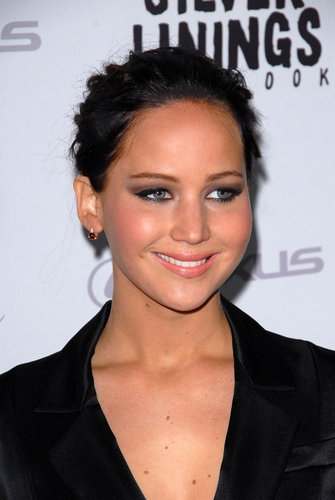 Helga Esteb / Shutterstock.com Forbes has done the numbers and listed the highest grossing actors in Hollywood. Jennifer Lawrence's movies have made $1.4 billion at the box office, and Mockingjay is still making a ton of money. After Jennifer Lawrence, Chris Pratt was listed second in Hollywood's list of highest grossing actors. Pratt's breakout movies, Guardians of Galaxy and The Lego Movie made $1.2 billion. Following Pratt is Scarlett Johansson (Captain America: The Winter Soldier, Lucy, Under the Skin), with $1.18 billion, then Mark Wahlberg (Transformers), then Chris Evans (Captain America: TWS). Read more: Jennifer Lawrence’s Scene Cut from Dumb and Dumber To If you want to make a lot of money in Hollywood, then here is a major tip. NEVER, EVER work on original stories. Only franchises based on comics, books, or TV shows make money in Tinsletown. Read more: Jennifer Lawrence Talks About Acting, Catching Fire and Scary Parts of Fame Discuss this story with fellow Project Casting fans on Facebook. On Twitter, follow us at @projectcasting.
Previous articleHow to Audition for a Role on Mission: Impossible 5 Starring Tom Cruise
Next articleWatch Amy Adams' Audition for 'Junebug' [VIDEO]