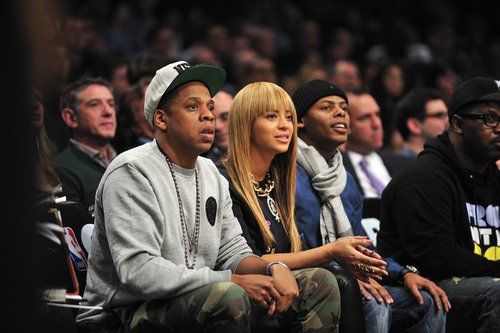 The school located in Brooklyn, New York, will offer undergraduate degrees in music, music technology, entrepreneurship, and production and sports management to generate opportunities for aspiring creators and entrepreneurs.

Jay Z launched Roc Nation in 2008, and the company quickly established itself as a leading player in entertainment and sports representation.

The new school will start enrolling students for this fall 2021, with 25% of the incoming freshmen class earning a Roc Nation Hope Scholarship, which allows them to graduate college without any student debt.

Roc Nation Hope Scholarship is given to those who are within good academic standing, need-based, and from New York.

"We're excited that The Roc Nation School of Music, Sports & Entertainment will provide unique insight, knowledge, and experiences for students and introduce the world to the next generation of unmatched talent," Roc Nation CEO Desiree Perez said in a statement on Tuesday.

Perez added that the partnership with LIU is "true investment in our community and young people in Brooklyn, in New York City, and beyond."

On top of getting admitted to the Roc Nation School of Music, Sports & Entertainment, students will receive invaluable access to top talent and executives throughout the entertainment industry, where they can build their network for their careers.

"Our proximity in and around New York City's epicenter of music and sports positions us to offer unparalleled experiential learning and access to professional opportunities that will launch students to success," LIU President Dr. Kimberly Cline said in a statement. "We look forward to joining with Roc Nation to offer an unprecedented educational resource that opens up the entertainment and sports world to a new and eager generation."

Students will also have the opportunity to learn from guest artists and lecturers and have the chance to learn through internships.

The school will also offer resources to high school students. Starting in Spring 2021, the school will launch summer residential camps for high-schoolers and Saturday programs for students ages 10-18, which focuses on music and sports management.

The “Deadpool” actor announced plans on Friday for the Group Effort Initiative, which will recruit 10 to 20 trainees from Black, Indigenous, and other “marginalized communities” to work alongside experienced filmmakers on his next movie.

Reynolds says in a statement, “Making a film is a group effort, but for entirely too long that group has systemically excluded Black, Indigenous, people of color and several other marginalized communities. This is a global problem that will not be fixed overnight, but change can start locally and immediately.”