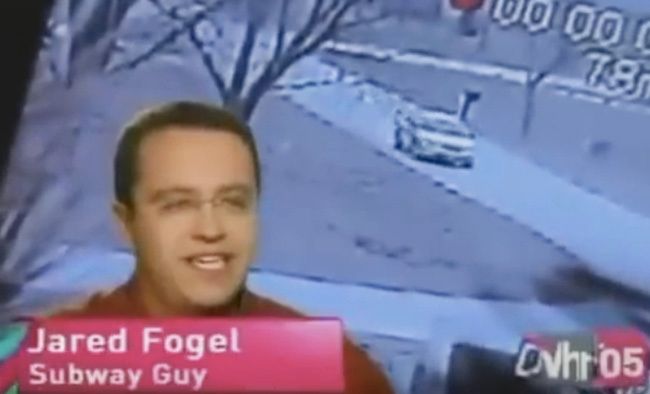 There is nothing worse than a guy than a guy who thinks they are above the law. Jared Fogle, who is currently sitting in a jail cell, is no exception. The former Subway spokesperson and child pornography enthusiast may be going to jail now, but in 2008, he was on top of the world with million dollar endorsement deals and probably a lifetime supply of Subway. Perhaps that's why he was so happy to talk about why the pedophiles who appeared on To Catch a Predator were idiots.

According to Uproxx, Fogle appeared in an early episode of VH1's I Love the New Millennium and had some very important words for everyone who was on Chris Hansen’s To Catch a Predator:

In the episode covering 2005, Fogle — who, as we know now, is about to plead guilty to charges of child pornography and sex with minors — provided his hilarious insights about Dateline NBC’s To Catch a Predator. He says: “These guys continue to fall for it every single time. There must be, like, a hundred million episodes of this show, and these guys still come out.” Oh, the irony…

It is important to point out that 2008 is the first time Subway was warned about Fogle's crimes. They didn't do anything. You can watch the full video below: https://youtu.be/uO6fhtRiE4k?t=6m11s
Previous articleTV Show Casting Call for Bearded Guys in Los Angeles
Next articleDamon Wayans Blasts Tracy Morgan: Walmart Settled with Tracy Morgan for $90 Million