Actor James Woods went to Twitter on Sunday evening to vent about the killing of two New York City police officers by Ismaaiyl Brinsley. The actor blames the Rev. Al Sharpton, tweeting, "This disgusting pig is DIRECTLY responsible for the murder of two good policemen. No discussion." before eventually deleting the tweet. James Woods tweeted the following:

Earlier this week, two police officers were shot "execution style" in their car in Brooklyn's Bedford-Stuyvesant neighborhood at around 3 p.m. The New York Post reports that both officers have died, as has the shooter.

"The perp came out of the houses, walked up behind the car and lit them up," a high-ranking police official told the New York Daily News.

"It looks like they were shot in the upper body," Deputy Chief Kim Royster told the New York Times.

The suspect then ran to the near boy subway station where he shot himself in the head. "They were, quite simply, assassinated," police commissioner Bill Bratton said.

The killings have increased the divide between the NYPD - following a grand jury's decision not to indict the officer who killed unarmed State Island man Eric Garner in July- and Mayor Bill De Blasio. Police officers turned their backs on De Blasio when he arrived at police headquarters for a press conference, and police union head Patrick Lynch told reporters that "there's blood on my hands".

This Instagram account below belonged to the man who allegedly killed the police officers in Brooklyn, it has since been suspended.

James Woods has won three Emmy Awards – for television movies Promise and My Name Is Bill W., and for the animated series Hercules. He has been nominated twice for an Academy Award. His voice work has been heard in the animated series The Simpsons, Family Guy, Grand Theft Auto: San Andreas, and in films Stuart Little 2 (as Falcon) and Disney's Hercules (as Hades). 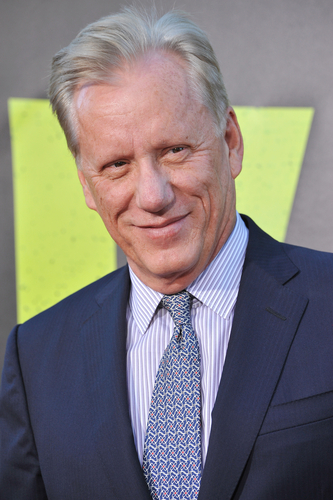 What do you think of the police killings? Do you think James Woods is right? Share with us your thoughts in the comments below!