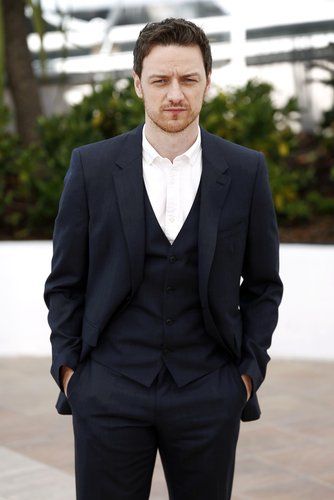 James McAvoy is currently in talks to star in the upcoming Untitled M. Night Shymalan movie.

Remember that open casting call we told you about on Thursday? Well, according to reports James McAvoy is in talks to star in the Untitled M. Night Shyamalan thriller. James McAvoy is in negotiations to star in M. Night Shyamalan's latest supernatural thriller. The X-Men actor will step into the role that was previously assigned to Joaquin Phoenix and would have marked a reunion for the director and one of the leading actors of the 2002 Box Office hit movie Signs.

Debby Wong / Shutterstock.com Reasons for Joaquin Phoenix's departure from the Untitled Shyamalan movie have not been released. However, the new movie is supposed to be the sequel to The Visit which is still in theaters. The horror movie has grossed over $50 million on a budget of $5 million. James McAvoy is the leading actor on Fox's X-Men franchise alongside Jennifer Lawrence and Michael Fassbender. Recently, McAvoy finished working on the sequel, X-Men: Apocalypse.

What do you think of M. Night Shymalan casting James McAvoy? Share with us your thoughts in the comments below!
Previous article'Ghostbusters' Animated Movie is Now in Development
Next articleTeamsters Charged with Extorting 'Top Chef' Cast and Crew