HomeHow-To Guides for ActorsJake Gyllenhaal on How He Approaches Acting, Networking, and Friendships 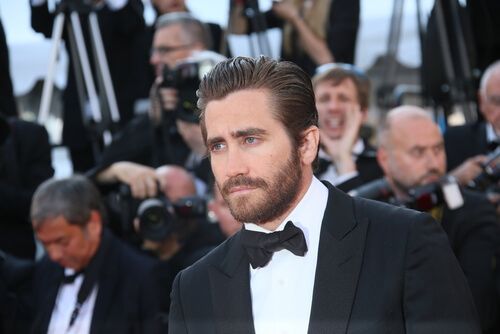 Jake Gyllenhaal opens up about his acting, career moves, and Hollywood friendships.

Jake Gyllenhaal has appeared in a wide diaspora of movie roles over the last decade. He has also started focusing more on theater work by working on Broadway. In a recent interview with Vogue, Gyllenhaal talked about his previous career decisions and why he feels he has a lot of growth he can accomplish over the next few years.

While known as a film actor, he starred in his first Broadway musical in the 2017 revival of ‘Sunday in the Park’. He explained, “I do love acting in movies and I have had great luck, but really I feel at home when I’m acting and singing simultaneously. It’s been that way since I was very young.”

Gyllenhaal’s earliest films were both dramas and comedies, ‘Donnie Darko’ and ‘Bubble Boy, respectively. Looking back, Gyllenhaal believes that they helped create the image that was reinforced throughout the rest of his acting career. That said, he has changed his acting style since then.

“It’s very important we’re portraying men in a different way in film, in art. I remember being very young, very sensitive, and someone said I was a doormat. I think what they were trying to say, that’s full of its own very interesting complications, was that I cared. And things affected me. That potentially I wouldn’t be someone you would picture jumping off a roof into an exploding building. But I don’t agree with that. When I did Jarhead, the writer William Broyles said to me, ‘You are like so many of the guys I was in service with.’ I think that’s important to perpetuate in storytelling.” He added the joke,  “At the same time, that might just be me trying to get more jobs.”

Gyllenhaal admitted that it was important for him to focus more on his personal life instead of his career. “I’m interested in my life, even more so than my work. I’ve reached a point in my career where I feel hungry in a different way. I’ve seen how much of my life I’ve neglected as a result of being committed to that work and that idea.” He added, “seeing life as something that is, you know, fleeting, and the world being as it is now. I’ve turned to my family, I’ve turned to my friends and I’ve turned to love. I’m a little less interested in the work, I would say, and more interested in that.” When asked about celebrity friends, he expressed the importance of networking. “You’re making me feel very emotional about my friends,” he says, sweetly. “Those male friendships are very important to me.”

Previous articleExtras Casting Atlanta Casting Call for Soccer Players
Next articleActress Sarah Chalke on Auditioning for 'Scrubs', Getting Cast on 'Rick and Morty'