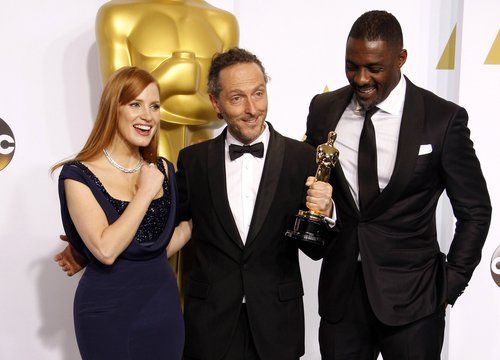 On Monday, actor Idris Elba will head to Westminster to address Parliament regarding the lack of diversity on British television.

The Guardian reports that Idris Elba, will make this speech in order to warn Members of Parliament "that television is at risk of not properly reflecting society." This "lack of diversity across British television is causing talented performers to be thrown on the scrapheap," Elba is expected to tell the MP.

Television is at risk of not properly reflecting society."

Elba will also argue that black actors in the United Kingdom - himself included- have to head to American TV for more promising job opportunities. Elba told The Guardian: “I knew I wasn’t going to land a lead role. I knew there wasn’t enough imagination in the industry for me to be seen as a lead. In other words, if I wanted to star in a British drama like Luther, then I’d have to go to a country like America. And the other thing was, because I never saw myself on TV, I stopped watching TV. Instead I just decided to go out and become TV.”

Because I never saw myself on TV, I stopped watching TV. Instead I just decided to go out and become TV.”

Elba is one of the biggest Black British actors in Hollywood. He has worked on several TV shows including The Wire and Luther, and was recently snubbed in the movie Beasts of No Nation. But, it is important to point out that he is not the first person to criticize against TV and film in the UK. Oscar nominated for her role in HOtel Rwanda, actor Sophie Okonedo told The Guardian in 2014, “I do notice that—over the last year—I’ve had maybe two scripts from England and tens and tens from America. The balance is ridiculous. I’m still struggling [in the UK> in a way that my white counterparts at the same level wouldn’t have quite the same struggle.” Tinseltown / Shutterstock.com Idris Elba's speech comes after the Oscar nominations, for the second year in a row, feature all white actors in both the leading and supporting categories. Many accuse the Academy of Motion Picture Arts and Sciences as being another racist institution in America that consistently turns their back on non-white actors.

What do you think of Idris Elba comments? Share with us your thoughts in the comments below!

Previous articleHow the Director of 'The Martian' Knows If an Actor is Talented Enough
Next articlePrada, 'The Revenant' Director Lanches the Prada Film School