HomeEntertainment NewsHundreds Audition for Scarlett Johansson's 'Ghost in the Shell'

Hundreds audition for an extra role on Scarlett Johansson's 'Ghost in the Shell'.

A small casting call for actors wanting to be extras in the new movie Ghost in the Shell turned into a major event. Over 1,000 New Zealand actors went to the open casting call, held over the past month, to work alongside Scarlett Johansson. Shooting for the anime adaptation Ghost in the Shell is set to start filming out of Wellington's Stone Street Studios in January next year. The DreamWorks Studio film is based on the critically acclaimed Japanese manga and anime series of the same name about a cyborg police officer attempting to bring down a computer hacker played by Scarlett Johannson. Johansson, who is a BAFTA and Esquires magazine's Sexiest Woman Alive in 2013, is reportedly getting ready to work on the new Ghost in the Shell Movie. 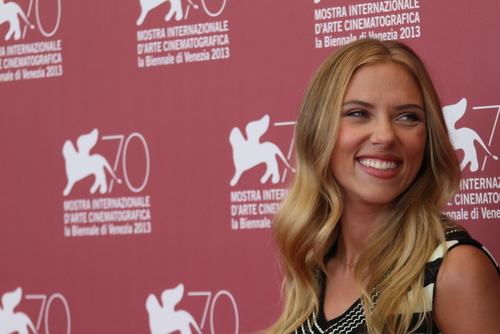 cinemafestival / Shutterstock.com According to reports, extras waited over an hour to be seen by casting directors.

Chris McMorran, 29, went to an audition last Wednesday, where he was number 960 in the line after one just an hour of the casting call opening. Inside, he had four photos taken, and was asked to pose like a bouncer. Slim females were asked if they had dancing experience, he said. ScarJo was not in attendance, although there was plenty of buzz around the actress coming to Wellington. "I wouldn't say it was like, 'Oh my God we're going to work with ScarJo', it was more like, 'Oooh we might see her at the fish and chip shop'," McMorran said. [Source]

All actors interested in working in the movie are expected to be available in Wellington between March and May 2016. Ghost in the Shell casting director, Liz Mullane, who also worked on Lord of the Rings, The Lovely Bones and The Hobbit, said her team had seen "hundreds and hundreds" of hopefuls over the past month. Casting directors are casting a ton of roles in the upcoming feature film. Basically, anyone 18 years or older can apply. "We got people from all sorts of walks of life, every imaginable cross-section of people, really," Mullane said. She did not yet know how many people they would end up needing. "It's very early in the process, so it's just a matter of collecting great faces. "The next stage in the process is presenting the people we've seen to the director and making decisions and going from there." Those who were successful would probably hear back within the next two months, she said. If you are interested in working as a background extra on Ghost in the Shell starring Scarlett Johansson, check out the latest casting calls here.

What do you think of the new Scarlett Johansson movie? Share your thoughts in the comments below1
Previous articleHere Are the 6 Scenes Paul Walker Was Recreated on 'Furious 7'
Next articleSerial Killer Found Victims on Social Dating Apps