HomeEntertainment News6 Hollywood Actors That You Never Knew Were Homeless

Hollywood is a tough business but, these actors made it from being homeless to walking on the red carpet.

Many people take the common idiom, "struggling actor" as a joke.

But, many of Hollywood's biggest stars have faced hard times and lived on the streets. Often times, we we never think of celebrities lives before they became famous, only concerned with their next movie, next TV show, or who they are supposedly dating. But, here are five celebrities who used to be homeless. 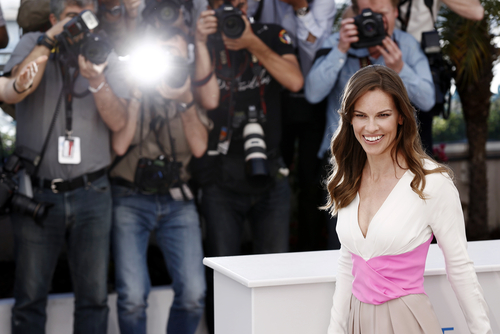 Andrea Raffin / Shutterstock.com Hilary Swank's parents divorced when she was only 13, leading her and her mother to move to Los Angeles in order for Hilary to fulfill her dreams of becoming an actress. They lived out of their car and booked auditions over payphones until they scraped enough money to get an apartment.

s_bukley / Shutterstock.com When Jim Carrey's mother became seriously ill, Jim dropped out of high school at the age of 16 to take care of her. Soon after, the family fell on hard times and forced to live out of their VW bus.

DFree / Shutterstock.com At the age of 21, Halle Berry lived in homeless shelters as she tried to pursue a Hollywood career despite of her family's disapproval.

Emka74 / Shutterstock.com Jennifer Lopez couch-surfed at the age of 18 after her parents were disgusted with the fact that she decided to pursue a career in Hollywood.

Featureflash / Shutterstock.com In the early 1990s, Tyler Perry moved from New Orleans to Atlanta with the dream of writing his first play. When the production flopped, he found himself homeless and living out his car. Related Stories:
Previous article[WATCH] Casting Directors Reveal Why Actors May or May Not Need a Talent Agent
Next articleJeepers Creepers 3 and The Real Behind the Scenes Horror Story