HomeEntertainment NewsHollywood is Fighting Over the Decriminalization of Sex Work 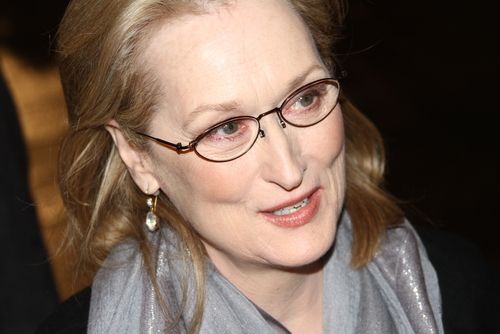 Amnesty International is putting actresses against each other over the decriminalization of sex workers.

Tomasz Bidermann / Shutterstock.com Amnesty International proposes that "consensual sexual conduct between adults-which excludes acts that involve coercion, deception, threats or violence--is entitled to protection from state interference." As long as sex work is illegal, those in the sex industry remain vulnerable to human trafficking, rape, and murder. The report argues that the ongoing criminalization of the sex trade leads only more "harrassment and violence, including ill-treatment [of sex workers] at the hands of police." DFree / Shutterstock.com From The Hollywood Reporter:

Examples are cited to bolster the case: In Los Angeles, mere possession of condoms by suspected sex workers is grounds for arrest. In New York City, acts of violence committed against them are seldomly reported to police. In Papua New Guinea, workers at a brothel were viciously beaten and then publicly humiliated, paraded down the streets by local law enforcement. Among its many celebrity signatories are Emily Blunt, Allison Williams, Emma Thompson, Lisa Kudrow, Chris Cooper, Marcia Gay Harden, Kevin Kline, Angela Bassett, Christine Baranski and Leila Ali.

Debby Wong / Shutterstock.com But, not all of Hollywood is on board. Lena Dunham, Kate Winslet, Meryl Streep and Anne Hathaway are among a group of industry heavyweights arguing against Amnesty's "Draft Policy on Sex Work." But, the human rights group stressed that no decision had been made on whether to adopt the draft policy.

“Legalisation keeps pimps, brothel keepers, and sex-slavers in freedom and riches. Criminalisation puts the prostituted in prison,” said veteran women’s rights campaigner Gloria Steinem. “What works is the ‘third way’, the Nordic model, which offers services and alternatives to prostituted people, and fines buyers and educates them to the realities of the global sex trade,” she said in a statement. [The Guardian]