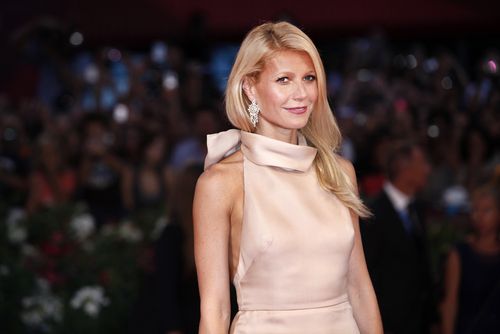 Gwyneth Paltrow was fired by Yahoo, according to reports, for not going to college.

Paltrow who was recently hired by Yahoo to serve as a food blogger for the media company, was recently fired after Yahoo's CEO Marissa Mayer wasn't happy with the idea that she had not graduated from college. Read more: 3 Actresses Turned Entrepreneurs After their Acting Careers Slowed Down

Even though the actress Gwyneth Paltrow had created a best-selling cookbook and popular lifestyle blog, Mayer, who habitually asked deputies where they attended college, balked at hiring her as a contributing editor for Yahoo Food. According to one executive, Mayer disapproved of the fact that Paltrow did not graduate college. [via>

Despite Paltrow's international fame, growing website, Goop, and working with award winning actors, Yahoo's CEO Marissa Mayer felt that she was unqualified to work for the company. DFree / Shutterstock.com Paltrow gained early notice for her work in films such as Seven (1995) and Emma (1996). She won an Academy Award for Best Actress, a Golden Globe Award and two Screen Actors Guild Awards for her performance in Shakespeare in Love. Paltrow has portrayed supporting, as well as lead roles, in films such as The Talented Mr. Ripley (1999), The Royal Tenenbaums (2001), Shallow Hal (2001), and Proof (2005), for which she earned a Golden Globe nomination as Best Actress in Motion Picture Drama. Read more: 10 Facts about Movies that You Probably Didn’t Know Paltrow has been the face of Estée Lauder's Pleasures perfume since 2005. Paltrow is also the face of American fashion brand Coach, and owner of a lifestyle company, and author of two cookbooks. Discuss this story with fellow Project Casting fans on Facebook. On Twitter, follow us at @projectcasting.
Previous articleHollywood Actor, James Woods Blames Al Sharpton for NYPD Killings
Next articleSony Hack: Why 'Pineapple Express 2' Was Never Made