HomeEntertainment NewsWhy Georgia is Going to Take Over the Film Industry

Georgia is on track to become the king of the film industry.

It is hard to deny Georgia's impact on the film industry. With recent changes to Louisiana's tax incentives, many productions have jumped ship and have swam to the 30% tax incentives of Georgia. This is causing thousands of Louisiana residents without a job, career, or opportunities. Now, according to a report by the Atlanta Business Chronicle, Louisiana film bosses are finally feeling the pressure of Louisiana's dying film industry.

“People that have come here from all parts of the country to work in our industry are now seeing that we don’t have the jobs, we don’t have the production, so they’re switching over to Georgia," said Vosbein, CEO of Silver Screen Group. "We’ve got to stop that.”

Major film executives and producers are pressuring Gov. Bobby Jindal to change the state's film and television production incentive to better compete with Georgia. However, it may be tough since Gov. Bobby Jindal is currently trying to run for President despite being last in the polls. 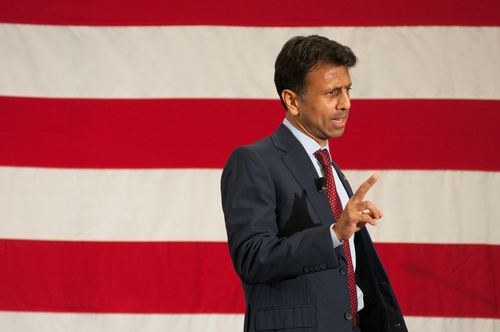 Andrew Cline / Shutterstock.com North Carolina's film industry once offered a tax incentive program that offered a 25 percent credit to productions. This helped TV shows such as Under the Dome and Sleepy Hollow thrive and prosper in the state. However, after the state removed their tax incentives program for a grant program, Hollywood productions fled the state. Leaving people 4,000 people without a job. Another Georgia neighbor is currently out of funding as well. Florida currently has a 20 to 30 percent transferable tax credit available to productions. But, the state ran out of money in 2014, ultimately killing the program until more money is allocated. All of this creates a perfect storm of success for Georgia. In fact, with recent California legislation making minimum wage $15, it would be safe to assume that Georgia will soon become the filmmaking capital of the world with cheap labor, tax incentives, trained crew members, and a plethora of diverse filmmaking locations.

What do you think of Louisiana's film industry? Do you think Georgia will become the filmmaking capital of the world? Share with us your thoughts in the comments below!
Previous article$7500 Samsung Commercial Casting Call for a TON of Roles
Next articleRosie O'Donnell's Daughter Calls Rosie Fake, Says She's Like "Two Different People"