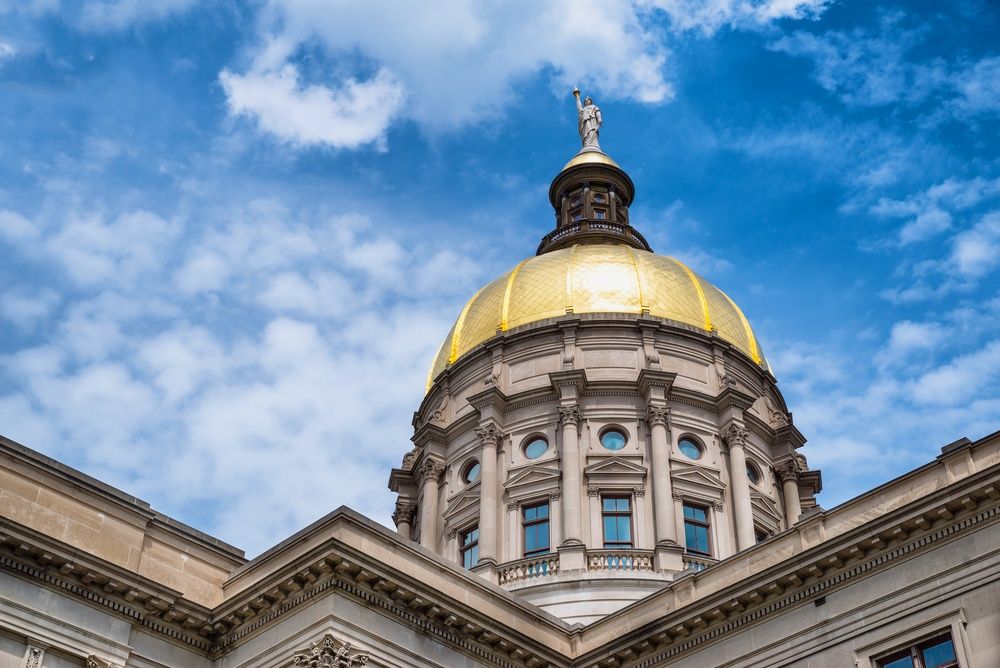 (Updated August 5, 2020) Last week, Gov. Brian Kemp approved changes to the Georgia Entertainment Industry Investment Incentive Act, which requires mandatory audits by production companies before applying for the 30% film tax credit. The amendment to the Georgia law will reportedly “streamline the process of applying for film and television tax credits in the state as officials said current rules have been outstripped by the explosion production the state over the past decade.”

Regulators are currently working on a set of codified rules and regulations with the plan of making the application process easier and faster. In addition, Georgia will provide a list of approved auditors and creating a timeline when tax credits will be transferred. Deadline reports, productions do not use the tax credits. Instead, they sell them to brokers.

Steve Weizenecker, Vice-Chair of Kemp’s Advisory Commission on Film, Music and Digital Entertainment, told Deadline the changes have been in the works for over a year and are meant to “increase integrity in the program by introducing an audit process so that there is no questions about the tax credit.”

He added that this is a “win-win” for the film industry since “they know what the rules of the road are and how their credits will be reviewed.”

It was necessary as the state saw a dramatic rise in production to a $10 billion business. The large size caused increase scrutiny and necessary accountability.

She added it was supported by multiple government agencies including the Governor’s office, the Georgia Department of Revenue, the film industry, the Georgia Film Office, and the Georgia General Assembly.

How will the new film tax credit process work?

A production finishes filming, usually after a month it’ done, the company will hire an approved auditor to review the accounting and issue a certificate. Producers and auditors will work off of guidelines on what qualifies and what does not apply.

Regulators will soon release guidelines so the new changes go into effect by January 2021.

“It’s a great law. They did a really, really smart thing. There is nothing negative, it is all just positive cleanup,” Ryan Millsap told Deadline, CEO of Blackhall Studios, a large production studio in Atlanta. “They basically mandate that when you make a movie in Georgia, the whole movie accounting process has to be audited. It means no fraud, and that the program will last a long, long time.”

(Update June 27, 2020) House Bill 1037, sponsored by Rep. Matt Dollar, R-Marietta, requires all productions located in Georgia to undergo mandatory audits by the Georgia Department of Revenue or third-party auditors chosen by the state. It will also place additional restrictions on how film companies could transfer or sell unused tax credits to other businesses.

The Georgia Senate passed the measure by a 45-1 vote, with the state House of Representatives following suit on Friday by a 154-10 vote. Gov. Brian Kemp will have to sign the bill for it to become enforceable.

“This is full auditing of all the film tax credits,” Senate Finance Committee Chairman Chuck Hufstetler, R-Rome said Thursday. “Nothing more, nothing less.”

On the bright side for Georgia's film industry, there is reportedly no movement on HB 1035 bill, which would cut Georgia's Film Tax Credit and all tax breaks by 10%.

(Update June 22, 2020) Georgia, the previous filmmaking capital of the world, is getting ready to resume production. However, several Georgia Senators are considering cutting the state’s film tax credit.

The Georgia film tax credit is arguably the world’s most generous filming incentive in the entertainment industry. However, the future of the state’s film industry is on the verge of getting cut following a never before seen budget crisis.

On Juneteenth, the state Senate passed $2.6 billion in budget cuts, including $1 billion to K-12 education. As a result, the state’s film tax credit, which spent $860 million last year, could be on the verge of getting cut.

“I think there is a political will to cap it,” said Rep. Matt Dollar, who chairs the House Working Group on Creative Arts and Entertainment said. “It’s been talked about since the session started.”

On Monday, the Senate Finance Committee approved a bill, HB 1037, that would mandate audits for all film and TV projects that receive the film tax credit. The bill came after a state audit issued last January found potential issues in the program.

The bill also included verbiage which could expand the size of the credit by allowing commercials and other “presentations” to qualify. However. Sen. Chuck Hufstetler, the committee chairman, cut the language out, saying he was not comfortable expanding the film tax credit.

“I really wasn’t interested in pursuing that bill with — it could be millions more,” Hufstetler said.

A Georgia state audit found the lack of oversight into Georgia’s tax credit for movie and TV productions filming makes the film tax credit a conducive environment for fraud.

Georgia’s film tax credit is popular among those working in the film industry but, it comes with a major cost, according to the AJC report. The tax credit had grown from $141 million in 2010 to an estimated $870 million in 2019.

Companies received film tax credits they did not qualify, auditors claim. According to auditors, millions of dollars in inappropriate expenses by film businesses, including wages to workers or contractors for work companies completed outside Georgia.

“The impact of the film tax credit on the state’s economy has been significantly overstated, leaving decision-makers without accurate information necessary to assess the credit,” the State Georgia Film Tax Credit audit report says.

The audit also claims the film industry produced 29,006 jobs but, the film tax credits also cost the state 19,876 jobs due to decreased government spending, leaving a net creation of jobs at 9,130.

(Original post: June 1, 2020) Georgia’s film tax credit reportedly came up for discussion during a legislative hearing on making budget cuts once the 2020 Georgia General Assembly resumes their session next month.

Pat Wilson, the commissioner of the Georgia Department of Economic Development, told members of a state Senate Appropriations subcommittee that Georgia’s growing film industry generated approximately $8.5 billion in economic impact, including $2.9 billion in direct spending. Nearly 90,000 Georgians were employed in film and TV productions before the coronavirus pandemic shut down the industry, Wilson added.

However, the Georgia tax credit also costs taxpayers about $400 million per year. As Gov. Brian Kemp and other legislative leaders looking to reduce spending even before the Coronavirus Pandemic, the cost of the tax credit caused two audits of the film industry last January. Those audits helped spark the introduction of legislation to implement stricter rules on the transfer or sale of unused credits, which is used by production groups that film part of the movie outside of Georgia.

Senator Jen Jordan, D-Atlanta, a member of the subcommittee, says the prohibition of the sale of tax credits may convince more studios to film their entire production in Georgia.

“The studios that are writing the checks and paying the money are in Los Angeles,” he said. “A lot of them are moving operations here. That doesn’t mean they’re going to leave the talent base they have in California.”

“The studios that are writing the checks and paying the money are in Los Angeles,” he said. “A lot of them are moving operations here. That doesn’t mean they’re going to leave the talent base they have in California.”

Wilson explained how the economic development agency plans to prioritize operations while cutting their budget by nearly $5 million to meet 14% spending reductions state agencies are being required to offer substantial loss of tax revenue resulting from the Coronavirus lockdown.

The department’s marketing activities and tourism will receive the most significant cuts instead of payroll.

“We have a great pipeline [of potential projects> in practically every division,” he said. “We decided to keep personnel so we could work the pipeline we have now.”

“The long-term impact will be significant if we don’t come back with marketing,” he said. “We are going to have to grow back.”

In other related news, Georgia releases Coronavirus COVID-19 best practices guide for the state’s film and television industry as the Peach State prepares for productions. Georgia is the first state to establish official safety guidelines for film and TV productions to start filming.