Over 4,000 people have signed a petition to have George Lucas direct the next Star Wars movie.

Some people are not too happy with the latest Star Wars movie and have started a petition to bring George Lucas back. And despite the fact that Lucas is no longer interested in directing another Star Wars movie, some fans are determined to convince the legendary filmmaker that he's perfect for Episode IX.  A petition launched on Change.org asked Disney to "Bring Back George Lucas for the Star Wars Movies." “Put the father of the franchise as director of Episode IX,” writes organizer Yuri Luiz. “We really want this, please.” 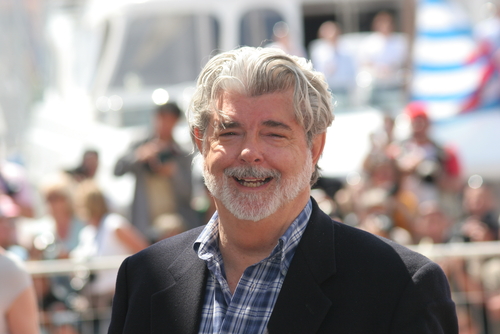 cinemafestival / Shutterstock.com Addressed to the Mickey Mouse corporation, Lucasfilm and Lucasfilm President Kathleen Kennedy, the petition states that while the undersigned have no problem with Jurassic World director Colin Trevorrow, they do not believe he has the talents or skills to work on the final film in the new Star Wars trilogy. ” George Lucas as director of Episode IX would be the perfect way to end this new trilogy and make an epic farewell between the Father of ‘Star Wars’ and the whole universe of the galaxy far, far away …” So far, the petition has over 4,000 supporters, who have a huge battle against a billion dollar corporation. Especially when George Lucas said he's done with major motion pictures. In fact, Lucas said he's more into "experimental" films and when he described the new Star Wars movie to execs he was interested in doing a "retro" movie, which was an idea Disney did not really approve.

What do you think of bringing back George Lucas? Do you think this is a good idea? Share with us your thoughts in the comments below!

Previous articleThe People v. O.J. Simpson: American Crime Story - 10 Things You Did Not Know
Next articleTyler Perry: My Movies Are Not Damaging the Black Community