HomeTVFX's 'Atlanta' Season 2: 5 Things You Did Not Know

FX announced the premiere date for their highly anticipated second season of Atlanta.

“Atlanta’s” sophomore season, which is being titled “Atlanta Robbin’ Season,” will premiere Thursday, March 1 at 10pm. In ‘Atlanta Robbin’ Season, two cousins (Donald Glover and Brian Tyree Henry) work through the Atlanta music scene in order to better their lives and the lives of their families. Donald Glover serves as executive producer, along with Paul Simms, Dianne McGunigle and Stephen Glover. The critically acclaimed first season of “Atlanta,” which hails from FX Productions, won Emmy Awards for best comedy and best lead actor, two Golden Globes, among other major awards.

In a recent interview, Donald Glover explained the meaning behind “Atlanta Robin” Season. Glover explains that “Robbin Season” is an actual time period in Atlanta during the holidays, before Christmas, where robberies increases exponentially.

“People have gifts, have more stuff, and money,” said executive producer and writer Stephen Glover at a Television Critics Association panel in Pasadena Friday. “You might get your package stolen off your front porch. While we were there, my neighbor got her car stolen from her driveway. It’s a very tense and desperate time. Our characters are in a desperate transition from their old lives to where they’re headed now. And robbin’ season is a metaphor to where we are now.”

3. Season 2 is inspired by Tiny Toons: How I Spent My Summer Vacation

Glover explains the second season won’t feel as experimental as the first as the writers settled on one cohesive storyline. Their inspiration? Tiny Toons: How I Spent My Summer Vacation, which the writers and producers apparently enjoy very much.

“Tiny Toons Summer Vacation was broken up into a bunch of episodes, but if you watched them all together they were a movie,” Stephen Glover said. “We took that idea. It’s a whole story, but told in a bunch of little parts.”

“You can enjoy them more when they’re together, but you can also enjoy them in little bits,” show creator and star Donald Glover added, clearing getting a kick out of the revelation. “We didn’t really look back at season one for inspiration. If you do that as a producer of television, or any art, you tend to be risk-adverse, which I think is really bad for art. So we didn’t look back and think, what are the things that will make people happy? We really just tried to beat ourselves. Hiro was a big pusher of that.”

2. Cast and crew lived in East Atlanta during filming 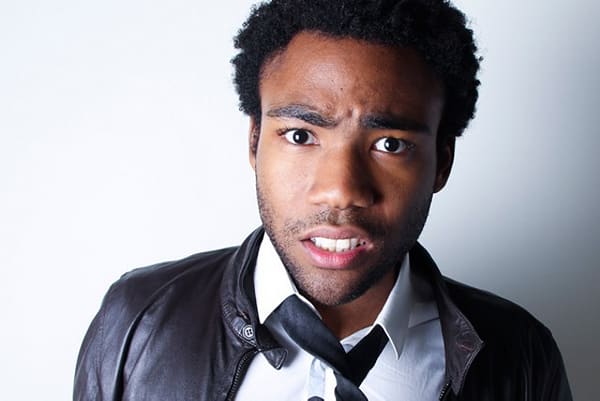 Many of the producers and actors worked on the show last fall while living in east Atlanta, where the characters live, and found themselves facing the same kind of predicaments Paper Boi does in season two.

“Are you gonna eat or are you gonna be eaten?” Donald Glover said. “I think that’s something people don’t realize. Black people have to make a choice. That choice defines who you are. It’s hard.” Glover said it was “surreal” that his brother, Stephen, rented an Airbnb two houses away from where they grew up.

“I didn’t want to stay there, but when you make last-minute arrangements on Airbnb, you take what you can get,” Stephen Glover said. Which instantly raised his brother’s ire: “If you want to see some racist shit, get on Airbnb!”

1. There was a shootout that forced production to temporarily stop

Henry explained that he started getting recognized and had to isolate himself in season two. But, it was worth it to work and live in that environment. In fact, one night production suspended filming because of a shootout.

“At the end of the day, it’s where their lives were,” Henry said.

It’s where the environment was and that’s the universe we were creating. That’s literally why it’s called robbin’ season. That fear, that uncertainty, that not knowing. Not that you forget your old life, but now it’s different, so what do you do?”

It’s like living inside of a contradiction, Donald Glover said: “Am I gonna sell drugs or am I gonna be a celebrity? You can do both. You can’t be a famous drug dealer. I mean, you can, but it’s not gonna work out well.”

Related: What do you think? Discuss this story with fellow Project Casting fans on Facebook. On Twitter, follow us at @projectcasting.
Previous articleABC Cancels 'The Mayor' After Only One Season
Next article'The Walking Dead' Production Company Fined Over Stuntman’s Death