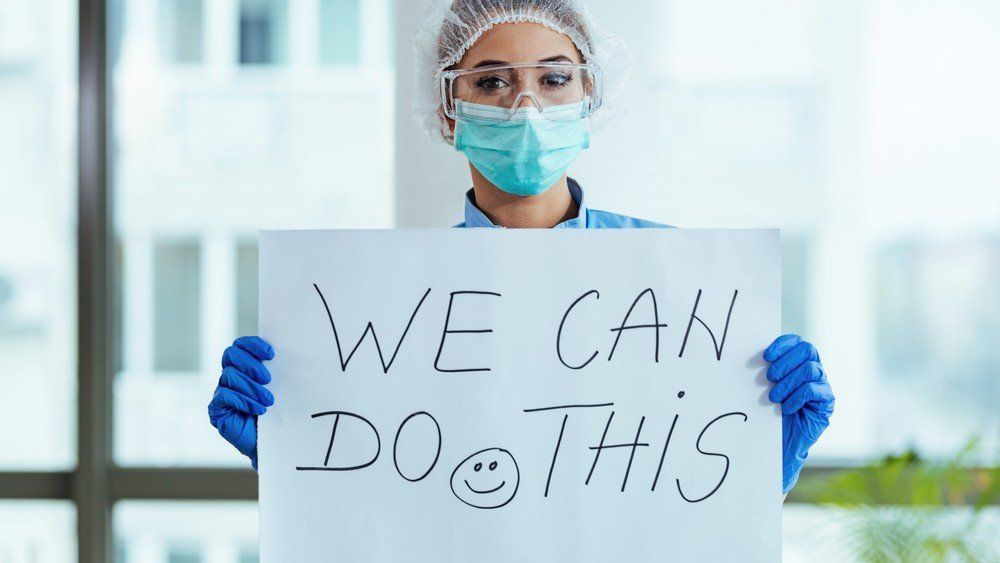 Gov. Brian Kemp’s advisory council on film, music, and entertainment is getting ready for production returning to Georgia. This week, Georgia Commission vice-chair Steve Weizenecker spoke with WABE’s “Morning Edition”. Weizenecker discussed what Georgia’s film industry could look like once companies choose to film in the state.

First off, he explained the state lost billions in tax dollars since the pandemic shut down the film industry. But, hopes the film industry could bring jobs to Atlantans and support small businesses that help productions.

Weizenecker also touched on Tyler Perry’s Coronavirus plan to resume production. “He’s hired his own epidemiologist, he has a medical staff, he has all his executives working on how to safely do this, and basically have this quarantined production.”

Kemp recently issued Coronavirus guidelines for productions. The practices were approved by the Centers for Disease Control and Prevention and the Georgia Department of Public Health.

One of the guidelines includes eliminating “open calls” and asking for greater distance between actors. Extras and background actors may be “severely reduced”. Staff is asked to keep a record of interactions between actors so the spread of Coronavirus COVID-19 can be tracked.

Pinewood Atlanta Studios to Resume Production by This Fall 2020

“Netflix posted significant gains and subscribers this last quarter, Disney+ is growing through the roof, and these subscription services are what’s entertaining us right now, while we’re all locked in,” Patterson said in May.

“Subscribers want to see new shows, and those new shows have been stopped for a couple of months. It’s hard to put a dollar figure on what that means.”

Georgia is the first state to establish official safety guidelines for film and TV productions to start filming.

The Georgia COVID-19 Best Practices guide include social distancing, limiting the number of background actors, temperature checks, testing, and hiring an Occupational Risk Prevention person who will monitor all parts of production to ensure safety is followed. Other recommendations include:

“We are so grateful to the hardworking people who make up and contribute to Georgia’s incredibly successful film and TV industry, and we thank them for all the ways they have given back throughout the state’s response to COVID-19,” said Governor Kemp. “The Georgia Film Office has maintained their close work with industry executives to develop these outlines for how productions can help protect cast and crew members.” Read the full guide here. In relevant news, a new report suggests insurance companies will not cover productions, putting Hollywood’s future at risk.

While many states are gearing up for productions to start as soon as this summer, there is a big obstacle holding many projects back.

According to a new report by Variety, insurance companies are not willing to take the risk to resume productions amid the Coronavirus COVID-19 outbreak.

Georgia's film industry will reportedly resume production by this summer.

Georgia's film industry has mainly been on lockdown for over two months due to the Coronavirus COVID-19 Pandemic. Now, producers are contacting studio owners across Atlanta to gear up production as early as this summer.

According to the report, production companies are starting to ask Georgia studio owners about available space, expecting to ramp up the start of filming, which were shut down due to the pandemic.

Raulet Property Partners partner operated the 85,000 square foot Mailing Avenue Facility in Grant Park and was one of the first developers to build a studio space in Metro Atlanta. "Everyone is getting calls right now," Tyler Edgarton, a partner with Raulet Property Partners, told Bis Now. "Studios are seeing what availability is from July to the end of the year."

While producers may be interested in availability, the biggest challenge is how to produce a great television show with Coronavirus COVID-19 safety guidelines and protocols.

Due to the increase in demand for streaming content, there is increased pressure on studios to get back to work and produce more content.

"We've never seen demand for content this high. If there were 100 Ozarks, then America would maybe enjoy the quarantine more," Blackhall Studios CEO Ryan Millsap said. "But everyone I know right now is searching for the good stuff to watch."

Many of the unions representing those working in the film industry are working to come up with standards they will agree to once production restarts.

Ric Reitz, former SAG-AFTRA president, said, "Everybody is urgently trying to find that middle ground. They just haven't found it yet, or they may be close, and I'm not privy to it."

The Georgia Film Office issued best practices for filming, which approved by the Centers for Disease Control and Prevention and the Georgia Department of Public Health.

The guidelines include temperature checks for those on set, regular use of masks, encouraging online casting calls, alternative camera angles for greater social distancing, and using clear barriers. Industry executives are also considering the ability to quarantine crew members for the duration of the project.

"The constant and open communication with studios and production companies led us to jointly develop some safety' best practices' to help ensure these recommendations are available to anyone considering filming here, while prioritizing the safety of all cast and crew in the state," Georgia Department of Economic Development Director of Communications Marie Hodge Gordon said in a statement. "We anticipate that there will also be more detailed, industry-wide labor/management protocol recommendations forthcoming, in addition to these best practices that we developed in conjunction with our studio partners."

"We're being incredibly diligent in our approach, applying the latest science, and consulting with top medical experts and risk analysts. But as you know from the intricacies of production, there are a lot of complex issues involved, not to mention the fluidity of this situation, and the many unknowns," DGA President Thomas Schlamme and National Executive Director Russell Hollander wrote in the letter. "We are working closely with outside experts and other guilds and unions on safety protocols for returning to work," SAG-AFTRA National Executive Director David White said in an email to Bisnow. "No one yet knows when the industry will be able to restart production, but we intend to be ready at the earliest possible time while ensuring the safety of our members."

Anna Singleton, an agent for Houghton Talent, told Bis Now, "[Actors are> all eager to get back to work," Singleton said. "But everyone has their own feelings of just not sure how to handle it. I think everyone's waiting for what the process and procedure is going to be."

Despite all of the concerns, productions are set to start up again this summer with an agreement with various unions.

"I'll be shocked if we don't have productions at Blackhall in June. We're totally booked in 2021," Millsap said. "We just have a big advantage because everybody wants to get back to work, and in California, I don't think they're even able to get back to work by August."

In relevant news, Tyler Perry Studios is reopening. A studio spokesperson told GBPNews the studio would open in a limited capacity. Changes to the studio include temporary on-site housing for production crews and staff.

Earlier this week, a special meeting of the Fort McPherson Board of Directors was called, and a resolution was passed to lease a portion of the property to create temporary housing on the Tyler Perry Studio campus.

“The goal of resolution and agreement is to make sure that the talented staff and crews can be housed safely while getting people back to work during this unprecedented financial and health-related crisis,” Fort Mac spokesman Mark Hayes said.