The upcoming 'Harry Potter' spinoff series 'Fantastic Beasts and Where to Find Them' has found their child star in Faith Wood-Blagrove.

The 10-year-old actress will play Modesty, who is described as a "haunted" character with an "inner strength and stillness." Perhaps with a little bit of magic and luck, the character "has an ability to see deep into people and understand them." This role is particularly special because 'Fantastic Beasts and Where to Find Them' producers held an open casting call last month to find a girl who could take on the part. We recently reported that over 10,000 young actors turned out to audition for the role. Wood-Blagrove hasn't appeared in a movie before, so Modesty could be a huge girl for the young aspiring actress.

Debby Wong / Shutterstock.com The audition process for 'Fantastic Beasts and Where to Find Them' is extremely similar to the open casting call for the 'Harry Potter' franchise that helped launch the careers of Emma Watson and Daniel Radcliffe. 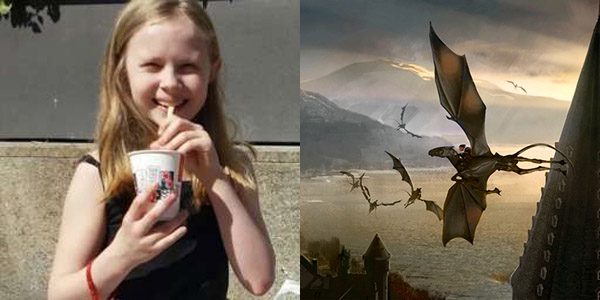 Fantastic Beasts and Where to Find Them opens in theaters next November and stars Eddie Redmayne (Newt), Katherine Waterston (Tina), Dan Fogler (Jacob), and Alison Sudol (Queenie). Four-time Potter director David Yates is back to helm the new movie. If you are interested in auditioning for a role on 'Fantastic Beasts and Where to Find Them', check out our guide here.
Previous article'Sleepy Hollow' HUGE Battle Scene Casting Call in Atlanta
Next articleParamount Pictures New Comedy 'Bastards' To Film in Atlanta