HomeTVESPN To Bring Back Hank Williams, Who Once Compared Obama to Hitler 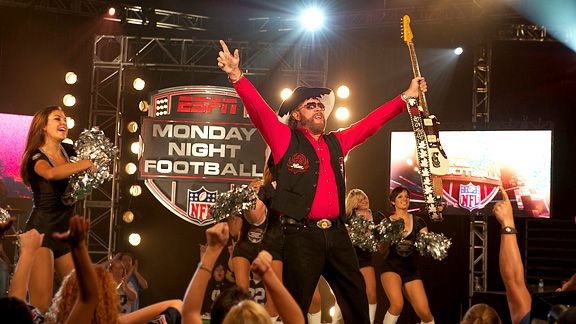 ESPN is bringing back Hank Williams Jr, the man who once compared Barack Obama to Hitler.

According to reports, Hank Williams Jr. will return to ESPN’s Monday Night Football to open the broadcast with the theme song “Are You Ready for Some Football?” six years after being fired for comparing President Obama to Adolf Hitler.

“I think it’s a return to our past in that it’s such an iconic song associated with football,” ESPN senior vice president Stephanie Druley told The Tennessean.

In 2011, Williams Jr. appeared on the Fox News morning show “Fox & Friends” and went viral when he commented on John Boehner playing golf with Barack Obama.

“That would be like Hitler playing golf with Netanyahu,” he said at the time, which resulted in ESPN letting go of the country rocker.

“While Hank Williams, Jr. is not an ESPN employee, we recognize that he is closely linked to our company through the open to Monday Night Football. We are extremely disappointed with his comments, and as a result we have decided to pull the open from tonight’s telecast,” ESPN said in statement in 2011.

Williams Jr. later claimed he was “misunderstood” in his own statement.

This news comes after the Colin Kaepernick backlash, which many claim 30% of NFL fans boycotted 2016’s seasons due to Black Lives Matter.

What do you think? Discuss this story with fellow Project Casting fans on Facebook. On Twitter, follow us at @projectcasting.
Previous articleNBC's New TV Series 'GONE' Pittsburgh Casting Call for an Airport Scene
Next article'Breaking Bad' Virtual Reality Experience with Sony Coming Soon